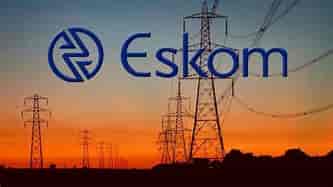 South Africans would have to brace up for prolonged load shedding as the country’s power utility company, Eskom, has announced plans to implement permanent load-shedding for the next two years.

Eskom chairman, Mpho Makwana, on Sunday, told the press that South Africans should expect continuous stage 2 to stage 3 power cuts for the next 24 months.

“We want to create some predictability,” Makwana said, adding, “Shuttling from one stage to the other is never good.”

The chairman’s statement was later clarified by the outgoing Eskom CEO, André de Ruyter that continuously implementing a specific stage of load-shedding would not be possible.

“Higher stages might sometimes be necessary, and if Eskom’s generating unit breakdown situation improves, lower stages could be possible,” he said.

Mr. Makwana said permanent load-shedding would form part of Eskom’s plan to increase its Energy Availability Factor (EAF) to a point where it could stop load-shedding within the next 24 months.

Eskom CEO Andre de Ruyter added that while there has been much speculation about stage 8 load-shedding, this is no longer a likely scenario.

“The possibility of stage 8 load-shedding is receding, which is comforting and positive,” said de Ruyter.

“However, there is always an inherent risk, and for that purpose, we have to protect our diesel reserves.”