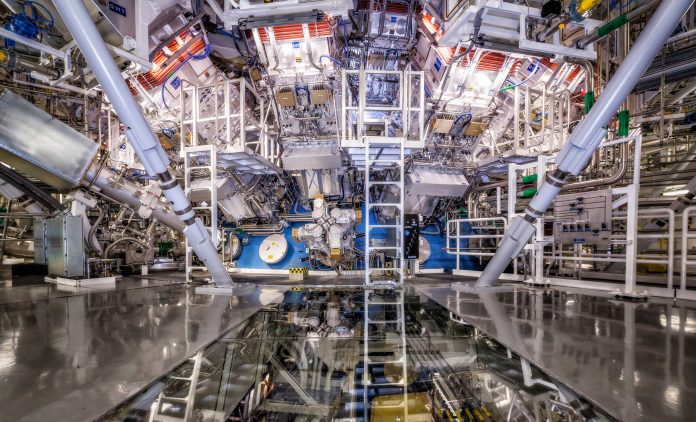 US Department of Energy officials announced Tuesday that US scientists for the first time have successfully produced a nuclear fusion reaction resulting in a net energy gain.

It’s a major step in a decades-long attempt to source clean, limitless energy from nuclear fusion – the reaction that happens when two or more atoms are fused together.

Nuclear fusion happens when two or more atoms are fused into one larger one, a process that generates a massive amount of energy as heat. That heat can be used to warm water, create steam and turn turbines to generate power.

Fusion promises a virtually limitless form of energy that, unlike fossil fuels, emits zero greenhouse gases and, unlike the nuclear fission power used today, produces no long-life radioactive waste. Mastering it could literally save humanity from climate change.

US Energy Secretary Jennifer Granholm called the historic achievement by a team at Lawrence Livermore National Laboratory’s National Ignition Facility a “milestone” that moves the world closer to the possibility of “zero carbon abundant fusion energy.”

According to her, the nuclear fusion experiment conducted by US scientists replicated “certain conditions that are only found in the stars and sun.”

“Ignition allows us to replicate for the first-time certain conditions that are only found in the stars and sun. This milestone moves us one significant step closer to the possibility of zero carbon abundant fusion energy powering our society,” she said.

Granholm continued: “This is what it looks like for America to lead, and we’re just getting started.”

“If we can advance fusion energy, we could use it to produce clean electricity, transportation fuels, power, heavy industry and so much more.”.

A so-called “net energy gain” is a major milestone in a decades-long attempt to source clean, limitless energy from nuclear fusion – the reaction that happens when two or more atoms are fused together. The experiment put in 2.05 megajoules of energy to the target and resulted in 3.15 MJ of fusion energy output – generating more than 50% more energy than was put in. It’s the first time an experiment resulted in a meaningful gain of energy.

“This monumental scientific breakthrough is a milestone for the future of clean energy,” said Democratic Sen. Alex Padilla of California.

The breakthrough was made by a team of scientists at the Lawrence Livermore National Laboratory’s National Ignition Facility in California on Dec. 5 – a facility the size of a sports stadium and equipped with 192 lasers.

The Director of Livermore, Dr. Kim Budil, called scientists’ attempts to realize fusion ignition in the lab “one of the most significant scientific challenges ever tackled by humanity” and cheered the work of her lab’s scientists.

“Achieving it is a triumph of science, engineering, and most of all, people,” Budil said in a statement. “Crossing this threshold is the vision that has driven 60 years of dedicated pursuit. These are the problems that the U.S. national laboratories were created to solve,” he said.

“This is very important because from an energy perspective, it can’t be an energy source if you’re not getting out more energy than you’re putting in,” Julio Friedmann, chief scientist at Carbon Direct and a former chief energy technologist at Lawrence Livermore, said as reported by CNN.

“Prior breakthroughs have been important but it’s not the same thing as generating energy that could one day be used on a larger scale.”