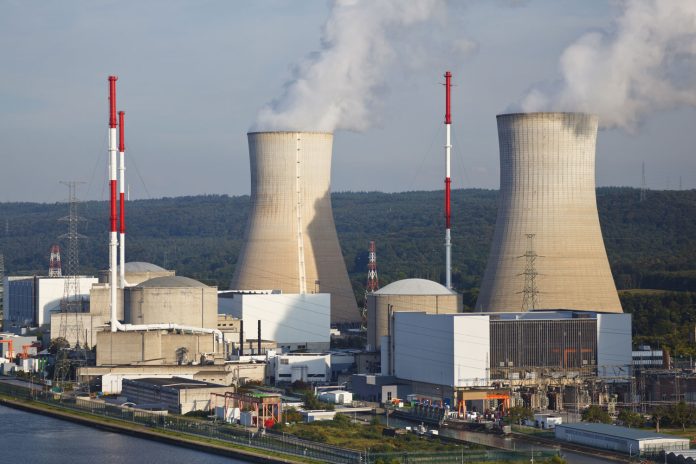 The International Energy Agency (IEA) has predicted that nuclear energy generation across the globe will double by 2050.

According to the latest World Energy Outlook report published by the IEA, at least 30 countries will increase their use of nuclear energy as a part of the “Net Zero Emissions by 2050” scenario.

The IEA claimed that the global energy crisis may become a turning point towards a cleaner and more secure future.

The global energy crisis triggered by Russia’s special military operation in Ukraine is causing profound and long-term changes that could accelerate the transition to a more sustainable and secure energy system, according to the IEA.

“Energy markets and policy have changed significantly because of the Russia’s special military operation in Ukraine not only for the time being, but also for decades to come”, Fatih Birol, Executive Director of the IEA said.

“Even with today’s policy settings, the energy world is dramatically changing before our eyes. Governments’ reactions around the world promise to make this a historic and definite turn towards a cleaner, more affordable and more secure energy system.”

The WEO scenario “The Net Zero Emissions by 2050” defines what needs to be done to achieve net-zero emissions worldwide by 2050.

In addition to this scenario, the WEO-2022 considers two others: STEPS and APS. The Stated Policies Scenario (STEPS) represents a path, based on the energy and climate measures taken by governments today, as well as specific policy initiatives that are under development.

The Announced Pledges Scenario (APS) charts the way in which the net zero emissions obligations, announced by governments nowadays, are implemented in time and in full.

The growth in nuclear power generation

At the same time, the share of NPPs in the total volume of energy production remains at the level of 10%.

This scenario requires the commissioning of 120 GW of new nuclear capacity by 2030, as well as the addition of another 300 GW worth of new reactors between 2030 and 2050 in more than 30 countries.

In the APS scenario, about 18 GW of new nuclear capacity is added per year over the outlook period, a quarter more than in STEPS.

However, the higher level of electricity demand in this scenario means that the share of nuclear power in the electricity supply mix remains about 10%. In the APS, nuclear generation increases to 3547 TWh in 2030 and to 5103 TWh in 2050.

In the NZE scenario, extension of the service life in the 2020s helps to limit global emissions, and an average annual addition of 24 GW of capacity between 2022 and 2050 more than doubles nuclear power capacity by 2050.

“Significant international efforts are still required to close the gap in levels of investment in clean energy between advanced economies and countries with developing economies,” the report said.

“The continued role of the atom in the electricity relies on decisions to extend the service life of existing reactors and the success of programs to build new ones.”

However, the IEA noted that investment in nuclear power is “returning in fashion” in some countries: “Announcements of lifetime extensions for existing reactors have been made, as part of the response to the current crisis, there is growing interest in the potential for small modular reactors to contribute to emission reductions and energy system reliability.”

In its STEPS scenario, the IEA assumes that global CO2 emissions will reach a high point of 37 billion tons per year in 2025 and gradually decrease to 32 billion tons by 2050. Full implementation of all climate commitments will lead the world to a safer environment, but there is still a large gap between today’s commitments and the stabilization of global temperature rise at 1.5°C.

“Amid the major changes taking place, a new energy security paradigm is needed to ensure the reliability and affordability of energy while emission reduction,” said Fatih Birol.

“That is why, WEO 2022 presents 10 principles that can help the leaders through the period when declining fossil fuel and expanding clean energy systems co-exist, as both systems should function properly during energy transitions to deliver the energy services, which are necessary for consumers. And as the world recovers from the energy crisis, it is necessary to avoid new vulnerabilities arising from high and volatile mineral prices or high concentration of clean energy supply chains.”