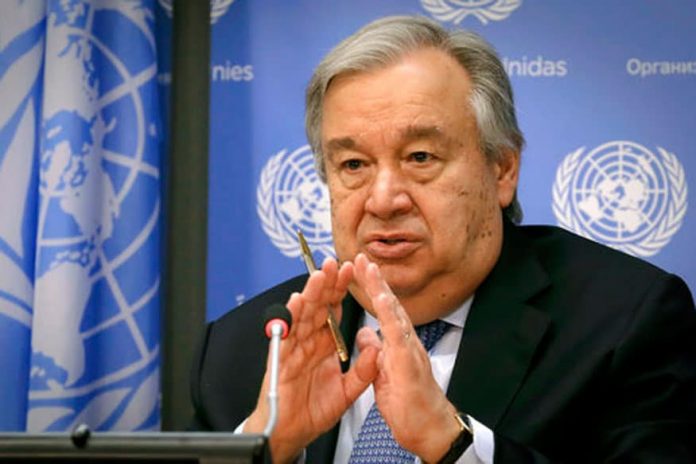 The United Nations Secretary-General, Antonio Guterres, has revealed that the last eight years on the planet earth have been the hottest and climate chaos irreversible as emissions around the world are still growing.

According to a report produced by a UN agency, World Meteorological Organisation (WMO), the situation is leaving the climate goals set out in the 2015 Paris Climate Accords “barely within reach.”

The report noted that the rate of sea level rise has doubled since 1993 and that the global average temperature in 2022 is about 1.15°C above the 1850-1900 pre-industrial average.

According to the WMO, 2023 is only expected to bring a rise in the average temperature, with the chilling effects of the La Nina weather pattern set to recede at the end of 2022.

The Greenland ice sheet, located 3,200 meters above sea level, lost mass for the 26th consecutive year, and, in September, rain, rather than snow, was recorded on the sheet for the first time.

In the European Alps, glacier melt was at record levels, with average thickness losses measured between three and four meters, “substantially more than in the previous record year [of] 2003,” the report said.

“We have such high levels of carbon dioxide in the atmosphere now that the lower 1.5°C of the Paris Agreement is barely within reach.”

“It’s already too late for many glaciers and the melting will continue for hundreds if not thousands of years, with major implications for water security,” Taalas said.

Taalas added that often “those least responsible for climate change suffer most,” but posited that this year, “even well-prepared societies” suffered from extreme weather events, a possible reference to Hurricane Ian, which ravaged the US state of Florida in September.

On the opening day of the COP27 UN Climate Summit, António Guterres, the UN Secretary-General, told delegates, “Emissions are still growing at record levels…that means our planet is on course for reaching tipping points that will make climate chaos irreversible and forever bake in catastrophic temperature rise.”

Guterres implored the global community to use the conference, which is taking place in the Egyptian resort town of Sharm el-Sheikh, as an opportunity to “rebuild trust and re-establish the ambition needed to avoid driving our planet over the climate cliff.”