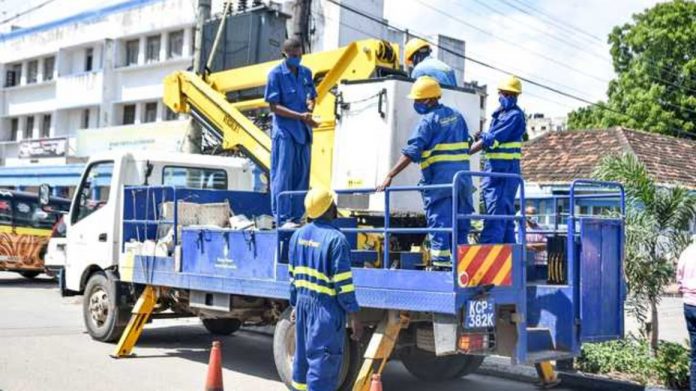 Kenya’s electricity distribution company, Kenya Power employees and their spouses have been thrown into panic after they were ordered to present their official financial and asset records as part of an ongoing lifestyle audit aimed at curbing fraud at the state-run utility.

According to multiple media sources, the workers and their spouses are required to present certified copies of their financial records including bank account and mobile money statements for the last six months by Monday, November 22, 2021.

They are also required to declare movable and immovable assets, companies owned or co-owned as well as shares held in various companies complete with the details of the returns filed with the Kenya Revenue Authority for the last three years.

“You are notified to provide information on club membership, social media accounts or handles and list liabilities including loans, mortgages, chattels, guarantees, school fees and school accounts, and cumulative insurance policies and holidays,” Ms Kalungu-Uvyu, the General Manager in charge of Human Resources and Administration at Kenya Power, said in a memo as carried by Business Daily Africa.

The ongoing audit is part of the recommendations of a task force appointed by President Uhuru Kenyatta to look into the woes that saw the utility firm post a net loss of Sh2.98 billion in the financial year ended June 2020—its first in 17 years—despite the huge potential for profitability.

Kenya Power, however, bounced back to profitability in the year to June 2021 on account of growth in revenues. This is attributed to a huge demand for electricity and reduced costs.

The firm reported a net profit of Sh1.49 billion over the financial year, an improvement from a loss of Sh939 million registered in the same period last year.

The task force recommended that all Kenya Power employees be vetted afresh for integrity, suitability and qualification for the jobs they hold.

The task force, which was chaired by Industrial and Commercial Development Corporation (ICDC) boss, John Ngumi, has also recommended an overhaul of Kenya Power’s procurement department and a forensic audit of its procurement systems and stocks to help deal with cartels that have, over the years, profited through fraudulent dealings with rogue employees.

Kenya Power, early this month, suspended 59 members of its procurement team to pave the way for a forensic audit amid tender fights at the company that saw its top executive, Bernard Ngugi resign in August.