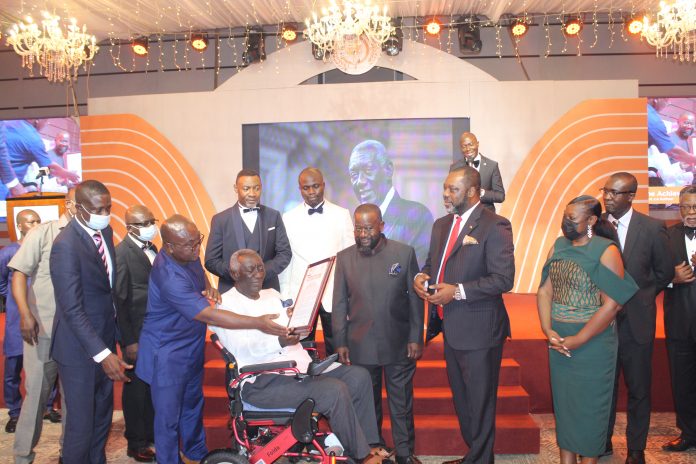 Ghana’s former presidents John Agyekum Kufuor and the late Jerry John Rawlings have been recognized for their roles in Ghana’s energy sector at the 5th Edition of Ghana Energy Awards.

The duo was rewarded with Life Time Achievement Award.

On his part, John Agyekum Kufuor empowered the national oil company, GNPC, to spearhead exploratory activities in the country.

This led to US oil firm, Kosmos Energy, discovering oil in commercial quantities offshore the Western Region of Ghana.

During his tenure the country set up Bui Power Authority leading the construction of 400MW hydro power plant on Bui reservoir.

Ghana’s first discovery of oil is intrinsically linked with your name – the discovery of 600 million barrels of high-quality oil at an offshore block in 2007. Although Ghana had embarked on previous oil exploration ventures, it was through your singular effort that Kosmos Energy entered the Ghanaian market and whose first exploratory well, Mahogany 1, in the West Cape Three Points block hit Ghana’s first major commercial oil. Under you, the GNPC was restructured to ensure a refocus on its core activities of exploration and the promotion of the oil and gas sector of the country.

Although construction began in 2009, the Bui Dam project, which idea was mooted in 2006 amidst significant opposition, epitomized your foresight in ensuring energy security. This was the second single largest investment in Ghana after the Akosombo dam.

Under your astute leadership and with your excellent diplomatic skills, the West Africa Gas pipeline saw the light of day. The 678 kilometers onshore and offshore high pressure transmission pipeline, which span four countries from Nigeria to Ghana helped to reduce the cost of thermal electricity generation through reduced fuel and maintenance costs and ensured an environmentally cleaner source of fuel leading to the reduction in greenhouse emissions and the development of secondary gas market for industrial and domestic use.

Your distinguishable efforts in Ghana’s energy sector have left an indelible mark on the country’s journey towards energy security. Power generation in Ghana has greatly benefited from your pioneering and immense contribution. All who have worked with you can attest to this fact.

Your stellar leadership has won you awards such as the Chatham House prize for good leadership, Germany’s highest national award, the Bundesverdienstkreuz; and Liberia’s highest award (the Grand Cordon in the Most Venerable Order of the Knighthood of the Pioneers) for helping to bring peace.

Constantly, you have demonstrated beyond all reasonable doubt that the prosperity of Ghanaians was and still your primary concern.

In recognition of your patriotism and invaluable service to your country, the Ghana Energy Awards has the pleasure to present to you the Lifetime Achievement Award. 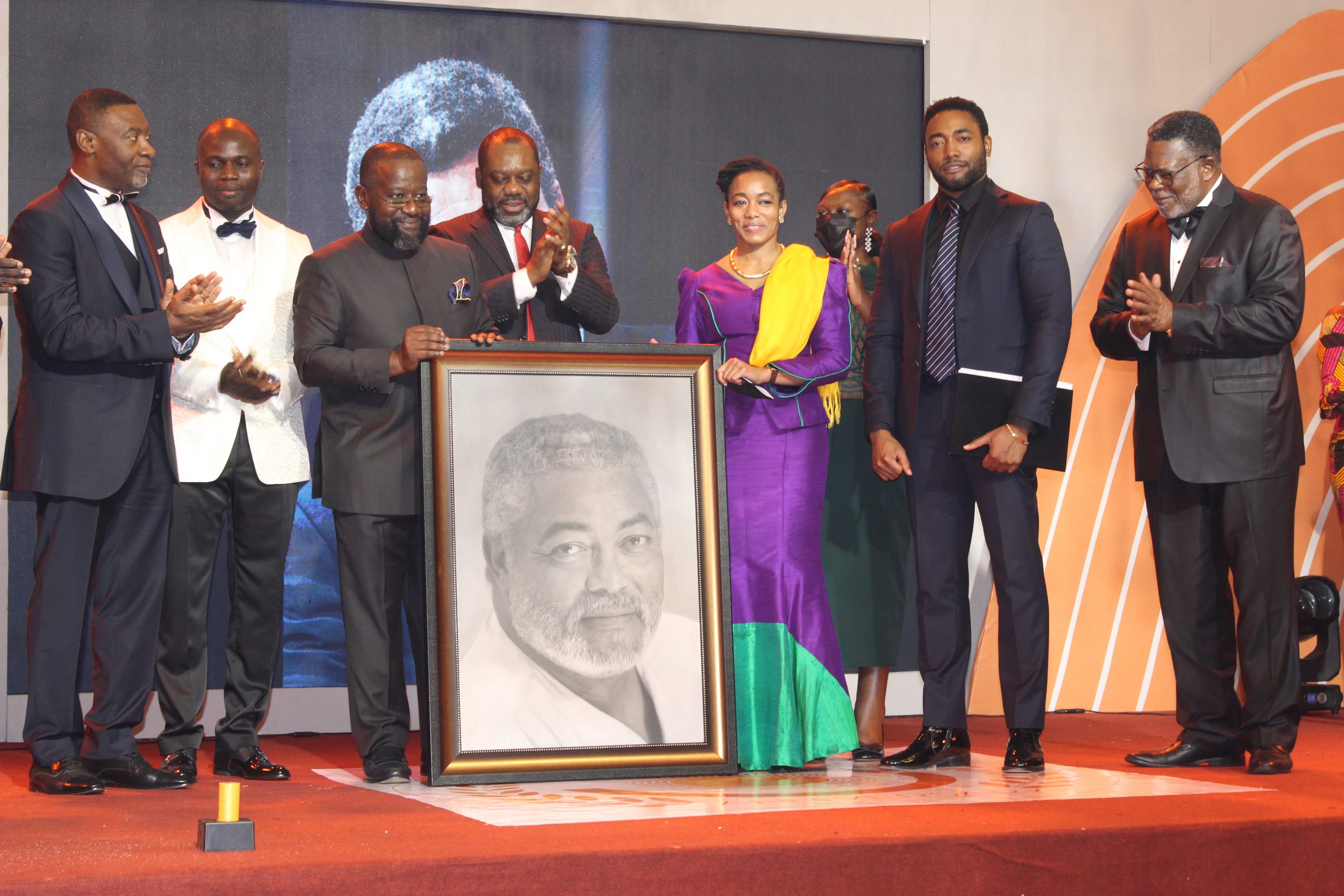 The history of Ghana’s energy sector cannot be told without mention of your name. Your administration initiated the process of reforming and restructuring the energy sector in the quest to improve operational efficiency and increase consumer access to electrical power and petroleum products. This initiative was pivotal in saving public funds as it eliminated the government’s involvement as owner and manager of energy businesses and re-focus its role on policymaking and market regulation.

Under your astute leadership, Ghana diversified its energy source from relying solely on hydro-energy, generated at Akosombo and Kpong, to include thermal energy. The Takoradi Thermal Power Station (TTPS), Ghana’s first thermal plant, is a testament to your vision. The conceptualization of the participation of Independent Power Producers through the Ghana Power Sector Development Policy was also pivotal in the development of future power generation, coordinated generation and transmission operations, development of framework electricity distribution and pricing, and formation of regulatory bodies.

At a time when only 10% of Ghanaians had access to electricity, you committed yourself to extend access to the rest of the country through the ambitious National Electrification scheme: a project that saw the Volta River Authority extend grid lines from Kumasi to Brong Ahafo, the Northern, and the Upper Regions and by taking over the distribution of electric power through its new subsidiary, the Northern Electricity Department, to Northern consumers. This singular initiative helped to slow down rural-urban migration and boosted economic development in the newly supplied areas.

The establishment of the Public Utilities Regulatory Commission and the Energy Commission attest to your foresight in pursuance of energy sector reforms at a time when the sector lacked the necessary regulatory structures. In addition to these were the creation of the Ghana National Petroleum Company and Bulk Oil Storage and Transportation Company which were crucial to the development of Ghana’s petroleum sector.

Your legacy in the Ghanaian energy sector has been immense. You understood and appreciated the role energy security would play in the fast-changing world. You laid the building blocks, consistent with changes within the domestic and global energy space, to guarantee that quality of life Ghanaians longed for.

In recognition of your devotion and invaluable service to your country, the Ghana Energy Awards has the pleasure to present to you the Lifetime Achievement Award.