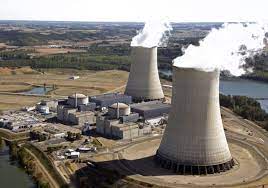 Until the thermal power plants, Ghana has mainly relied on hydroelectric power generation stations in Akosombo, Akuse and Bui which currently contribute only 33 per cent to the total power generated in the country.

Ghana has completed its Phase One activities, rectified and signed unto all required Convections.

Speaking to energynewsafrica.com, Ms Vittor-Quao said unlike thermal and hydropower plants, Nuclear Power Plant takes about eighteen continuous months’ generation process before the plant could be shut down for maintenance, telling the reliability and robustness of nuclear power plant.

“It is also one of the best-regulated and monitored power generation sources available worldwide. Right from the beginning, everything is thought of, planned and mapped out up to the decommissioning of the plant. So, it is not done in a piece-meal manner. It is a carefully-approached plan implemented holistically with great provisions for Safety, Security and Health,” she said.

For industrialization, she said Ghana going Nuclear is a sure bet to accelerate the country’s medium-and long-term industrial activities especially for its integrated aluminum project and the ongoing IDIF initiatives.

On job creation, she revealed that constructing a 1000MW Nuclear Power Plant could create direct employment for between 700 and 1000 during its operations.

She noted that on-site craft labour requirements for a 1000MW unit are about 4,140 and this include masons, millwrights, heavy equipment operators, welders, engineers, carpenters, iron and steelworkers, pipefitters, project managers and construction supervisors.

According to Nuclear Energy Institute 2012, Nuclear Power Plants being labour intensive technology create the largest workforce with an annual income based on both small and large reactor capacities. The Nuclear Power workforce is also among one of the highest-paid jobs established in Nuclear countries.

Ms Vittor-Quao gave the assurance that NPG would collaborate with all relevant institutions to deliver this long-term dream of a Safe and Secure Nuclear Power that will uplift the economic and industrial fortunes of Ghana.