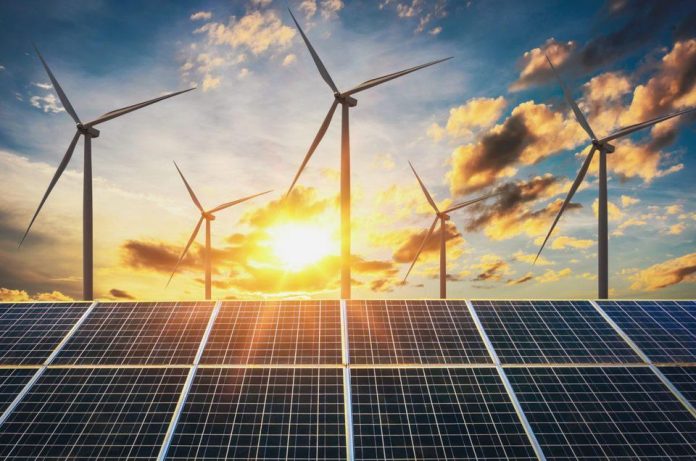 Before the dawn of the Industrial Revolution (IR), the demand for energy was scanty, with most of the work being provided for by manual labor (humans and animals muscles) and natural resources which neither caused environmental pollution nor depleted finite natural resources.

For purposes of heating and cooking, humans depended on the sun. Muscular and biomass sources such as wood and paper picked up the slack when the sun failed. The brawn of the donkey and the power of the wind in boat sails provided for transportation needs across the globe, as there was no means of mechanized transport. Mindful of the inefficient and limited physical capacity of human beings, man learned to exploit the physical effort of animals to achieve superior outcomes, most especially for agriculture. At the time, water and wind provided sources of energy for powering simple machines, such as pumps and mills (Major 2014; and Wrigley 2010).

Man would soon find out that dependence on animals, wind, sun, water and animals alone were outmoded. A good number of these energy sources had to be closer to the factories since rivers could either dry up during a drought or freeze during the winter, while the wind and the sun were not always available (Jacobson and Delucchi, 2009). To the extent that mechanical energy came mainly from human or animal muscle, and heat energy from wood, the maximum attainable level of productivity was inescapably low. Harnessing of a new source of energy in the form of coal provided an escape route from the constraints of an organic economy (Wrigley 2010).

The mid-19th century, saw the industrial revolution bringing a major shift in energy supply, with the use of coal mainly for steam engines supercharging the forward march of human progress by powering locomotives. Increasingly, coal was used for power plants, and proved useful for smelting iron into steel, an item that was essential for unlocking next level of human economic evolution: the industrial age. The evolution in energy generation methods would continue with the world’s first hydroelectric plant powered by fast-flowing rivers, going on-line in Appleton, Wisconsin. The rivers which were previously used to turn wheels to grind corn, began producing electricity instead (Rodrigue 2021; Schmid 2012).

The 20th century began with coal as the major source of energy, but a gradual shift towards higher energy content sources like oil began before the close of the century. This second major energy shift saw the introduction of internal combustion engines (ICEs) and oil-powered ships. In the latter part of the century, petroleum products became the world economy’s major powerhouse. With further scientific breakthroughs and increasing technical expertise, more efficient sources of fossil fuels were tapped, such as natural gas, and an entirely new form of energy, nuclear fission, became available. Renewable sources of energy, such as hydroelectric power, wind and solar gained traction but remained marginal sources (Rodrigue 2021; National Geographic 2021).

The 21st century is set to experience a major transition from the use of fossil fuels such as coal and oil, and to some extent natural gas (which is considered a more efficient fossil fuel) to clean energy sources of energy. The world may see major growth potential in biomass-derived fuels, while solar and wind energy will account for a substantial share of the global energy mix. Heavy deployment of solar and wind power will see the world transitioning to the use of hydrogen for power generation, powering fuel cell vehicles, among many other things including petroleum refining, fertilizer production, treating metals, and food processing.

The Industrial Revolution (IR) account is the crux of a mainstream economic history description of energy-development correlation, celebrating Modern Economic Growth (MEG) as the increase in per capita energy consumption in the last two centuries (Barca, 2011). The expansion in the supply of energy services over the last couple of centuries may have reduced the apparent importance of energy in economic development despite energy being an essential production input (Stern & Kander 2012). However, research shows that energy still contributes enormously to the development of an economy, as it is the critical backbone of most economies from job creation to economic growth.

Cabraal (2005) argues that energy uses improves the economic situation— increased production, higher employment, et cetera leading to higher incomes. According to Sakyi (2019), energy is widely regarded as a major determinant of economic prosperity of any State. It is accepted as a crucial ingredient that propels any economic activity, and indeed the pillar of wealth creation. Especially in the developing world, the provision of a greater access to energy has been suggested by some as vital in helping grow their economies and improve the lives of the poor.
Onakoya et al. (2013) finds the output of the energy sector (electricity and the petroleum products) usually consolidating the activities of the other sectors which provide essential services to direct the production activities in agriculture, manufacturing, mining, commerce et cetera. Kumi (2017), recognizes electricity as playing a significant role in undertaking daily activities from cooking, lighting, heating to powering machines in the industrial sector. The need for energy similarly increases as the need for quality healthcare delivery, education, transport, effective communication, mineral exploration and agricultural expansion increases.
In developing countries in particular, lack of access to energy has been identified by the International Energy Agency (IEA) as a major constraint to economic growth and increased welfare in developing countries. This has been reemphasized by the United Nations (UN) and the World Bank Group as co-chairs of the global Sustainable Energy for All (SE4All) initiative.

Energy Poverty within the Context of the SDGs

Across the globe, the number of people living in energy poverty are in the billions, with direct effect on human development— the quantitative and qualitative wellbeing of a person. The concept of energy poverty is most often used in the context of lack of access to electricity, and/or clean cooking fuels or technologies, in the developing part of the world.

According to the European Union (EU) Energy Poverty Observatory (EPOV), energy poverty is often understood as a situation where a household cannot meet its domestic energy needs. The United Nation (UN) Economic Commission for Latin America and the Caribbean (ECLAC) define energy poverty as “the insufficient fulfillment of energy needs that are considered necessary, as understood within a particular territory and in relation to certain standards” (Urquiza and Billi 2020).

The G20 has moved the energy poverty policy debate forward by establishing an agreed definition of energy poverty to capture the parameters of the challenge. According to the body, energy poverty occurs when households or territorial units cannot fulfill all of their domestic energy needs (lighting, cooking, heating, cooling, information communication) as a result of lack of access to energy services, an inability to afford them, or their poor quality or unreliability in order to, at minimum, safeguard their health and provide for opportunities to enhance their well-being.

Thema et al, (2017) asserts that energy poverty affects both developing as well as developed countries and, in both cases, represents an obstacle to achieving the Sustainable Development Goal 7 (SDG7) of ensuring access to affordable, reliable, sustainable and modern energy for all by 2030. The eradication of energy poverty according to the authors, provides a number of health, economic, and climate co-benefits while also building resilience of societies and economies when faced with health or climate emergencies.

The growing negative impact of energy poverty on the quality of life of people across the world led to the adoption of Sustainable Development Goals (SDG) in 2015 to deal with these wellbeing challenges. SDG 7 focuses on electricity availability, access, affordability, reliability, efficiency, sustainability and renewable energy. It integrates providing solutions to energy poverty and action on climate change with increased access to renewable and sustainable energy worldwide.

The consumption of energy in all its forms guarantees the functioning of society. Energy is valued precisely because of what it allows people to do with it. Therefore, the attainment of SDG 7 is a precondition for the success of all other SDGs, and that goes without saying. For example, SDG 1 (Poverty Alleviation) and SDG 10 (Reduced Inequality) are simply theoretically achievable without the attainment of SDG 7. The truth is simply that energy has an outsized role in improving lifestyles, opening opportunities in remote and inaccessible villages, liberating women and children especially into better health and increasing capabilities of households. This is why the attainment of SDG 7 is a matter of crucial concern for anyone who takes these goals with any amount of seriousness.

In the first edition of the Poor People’s Energy Outlook in 2010, Practical Action framed the lack of access to energy services as a form, an outcome and a cause of poverty. It is a form of poverty because the energy-poor cannot take advantage of the benefits of energy to better their situation. An outcome of poverty because energy-poor individuals are limited in their financial capacity to meet their needs and realize their full potential; such that they live a sub-optimal life. These two things ensure that the energy-poor stay poor; and that is where we can say that energy poverty is a cause of poverty. Taken together, a “vicious cycle” is created whereby “a lack of energy access leads to limited income-earning capability, which reduces purchasing power, which in turn limits the access to energy that could improve incomes” (Practical Action, 2010). Following this analysis, a greater enquiry into the factors that allow for the persistence of energy poverty will be very much in order if a serious effort to combat it is considered worthwhile.

Nana Amoasi has over 24 years of experience in the technical and management areas of Oil and Gas Management, Banking and Finance, and Mechanical Engineering; working in both the Gold Mining and Oil sector. He is currently working as an Oil Trader, Consultant, and Policy Analyst in the global energy sector. He serves as a resource to many global energy research firms, including Argus Media and CNBC Africa. paakwasi@iesgh.org