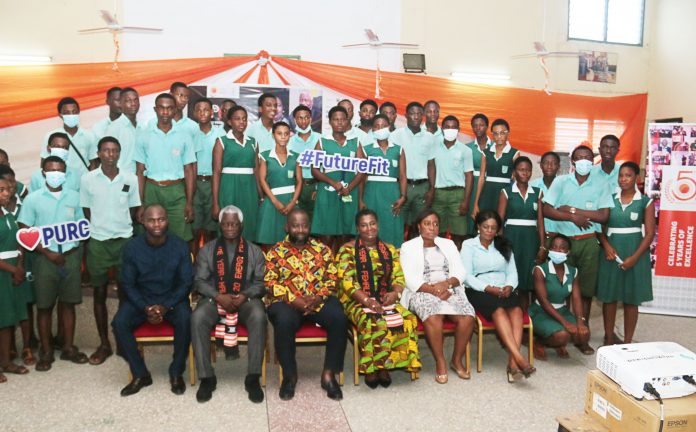 The Winners of the 2020 Energy Personality of the Year awards have encouraged students of the Nungua Senior High School in Accra to have a clear vision for their future, be focused and ensure that whatever they set out to do would have a positive impact on society.

Interacting with over 500 students during the Energy Personalities Outreach Programme (EPOP) held in the school’s premises, Mrs. Mami Dufie Ofori, Executive Secretary of the Public Utilities Regulatory Commission (PURC) and the Female Energy Personality of the Year urged the students to wholly immerse themselves in whatever they do and display a high level of commitment.

“One thing all of you should have is that whatever you do, you should ensure it has a positive impact on yourself, family, the country and the world at large,” and added that in the beginning, she knew whatever she was going to do should have a change, and that change should be of positive value wherever she went.

On his part, Mr Fred Oware, the Chief Executive of the Bui Power Authority (BPA) and the Energy Personality of the Year (Male category) told the students that it is possible for any of them to become whatever they want to be in life, and that there is nothing wrong in being ambitious so long as it doesn’t hurt anybody.

“You need to believe in yourself, have an ambition” and remember that in life’s circumstances, “if you are diligent, hardworking and want to be noticed for good reasons, you will succeed.”

He also reiterated the need for them to adopt the attitude of using their resources to solve other people’s problems, which is a natural principle to success.


Both personalities stressed the need for them to have the right mental attitude, be real to themselves on what they can do, imbibe honesty and sincerity coupled with hard work. But most of all, they should stick to their dreams and live life well.

This outreach is a special feature of the Energy Awards scheme, organised for the winners of the coveted Energy Personality of the Year awards. The objective of the programme is for the personalities to share their rare experiences with the youth of the country, especially at the second cycle level to encourage them to reach their life goals and ambitions, which will help them to meaningfully contribute to the country in future. 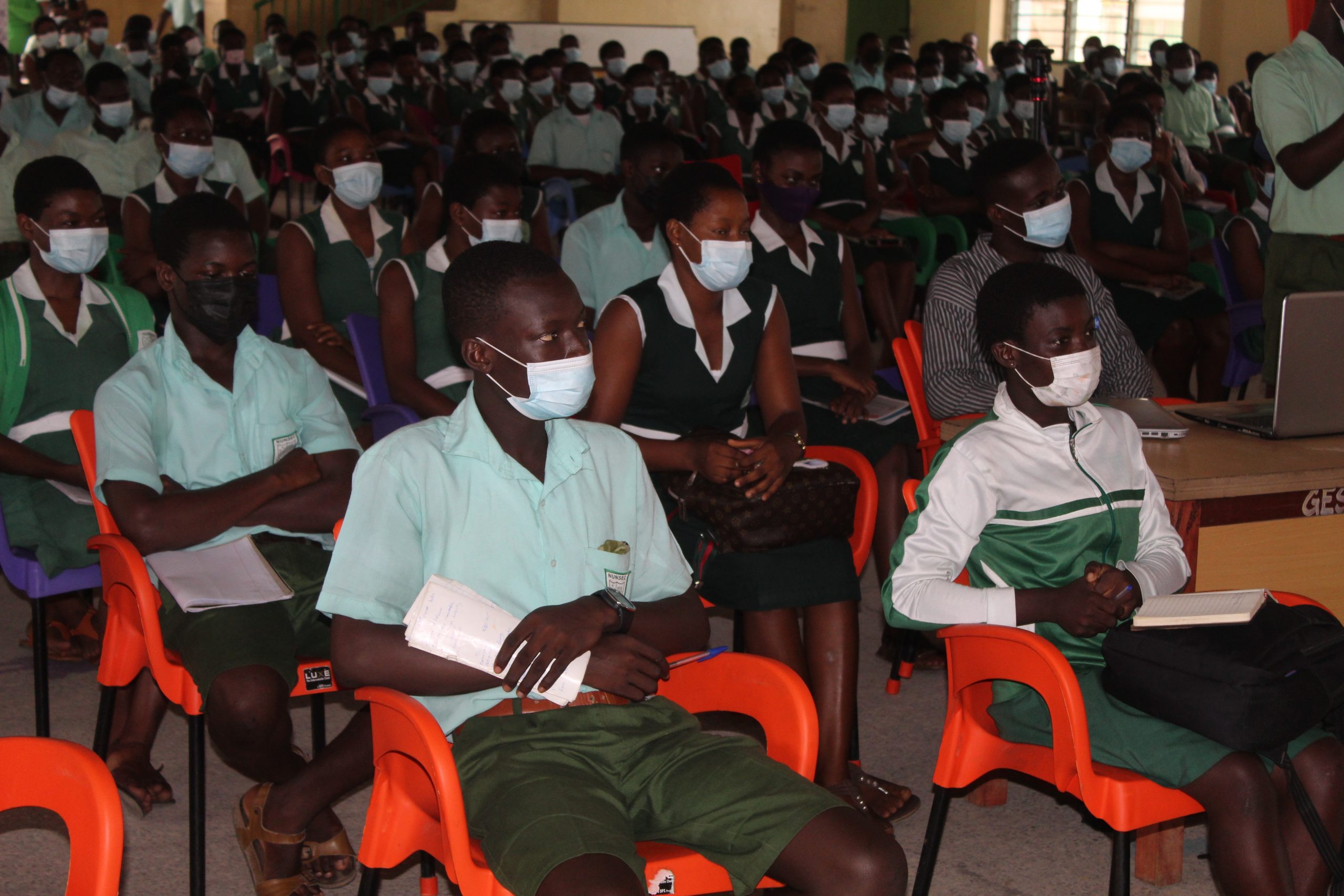 Ing. Henry Teinor, Director of the awards said the programme is also to inspire the younger generation to aspire to become the best they can be, and especially develop an interest in the country’s energy sector, which is a key contributor to the growth of the economy.

Fred Oware is the Chief Executive of the BPA with 40 years of service in several sectors of the economy: banking and finance, project management, broadcasting, hospitality, supply chain management and Renewable Energy management. From 1985 to 1995, he was one of the key persons to revolutionize the financial markets and served pioneering roles in leadership capacities at several institutions including the Ghana Stock Exchange, the leasing market, discount houses/money markets and the promotion of the non-bank financial industry. Due to his varied experiences and his involvement in the establishment of the Bui Dam, he was appointed as the first CEO of the Bui Power Authority until 2009. He was reappointed in 2017, an opportunity which he accepted with the purpose to utilize BPA’s resources to generate additional energy in Renewable Energy, especially solar.

Mami Dufie’s role as Executive Secretary of the PURC is one that is pivotal to core sectors of the economy, prominently energy and water. In her current capacity, she has caused operational efficiency in the Commission and has been responsible for record improvements and results-yielding projects at the PURC. Under her direction, there has been an expansion of pro-poor water projects. She facilitated the building of the new PURC Head Office, and enhanced the Commission’s operations by putting structures in place to boost compliance. One remarkable feat has been the setting up of a Formal Hearing department where a constituted panel holds Utilities accountable, hence pushing entities to adhere to set standards.

The Ghana Energy Awards Scheme is an industry-owned initiative being executed in partnership with the various government regulating agencies within the sector, and seeks to recognise and appreciate the exemplary efforts of stakeholders in Ghana’s energy sector. It is organised by the Energy Media Group and CH-Business Consulting Ghana. 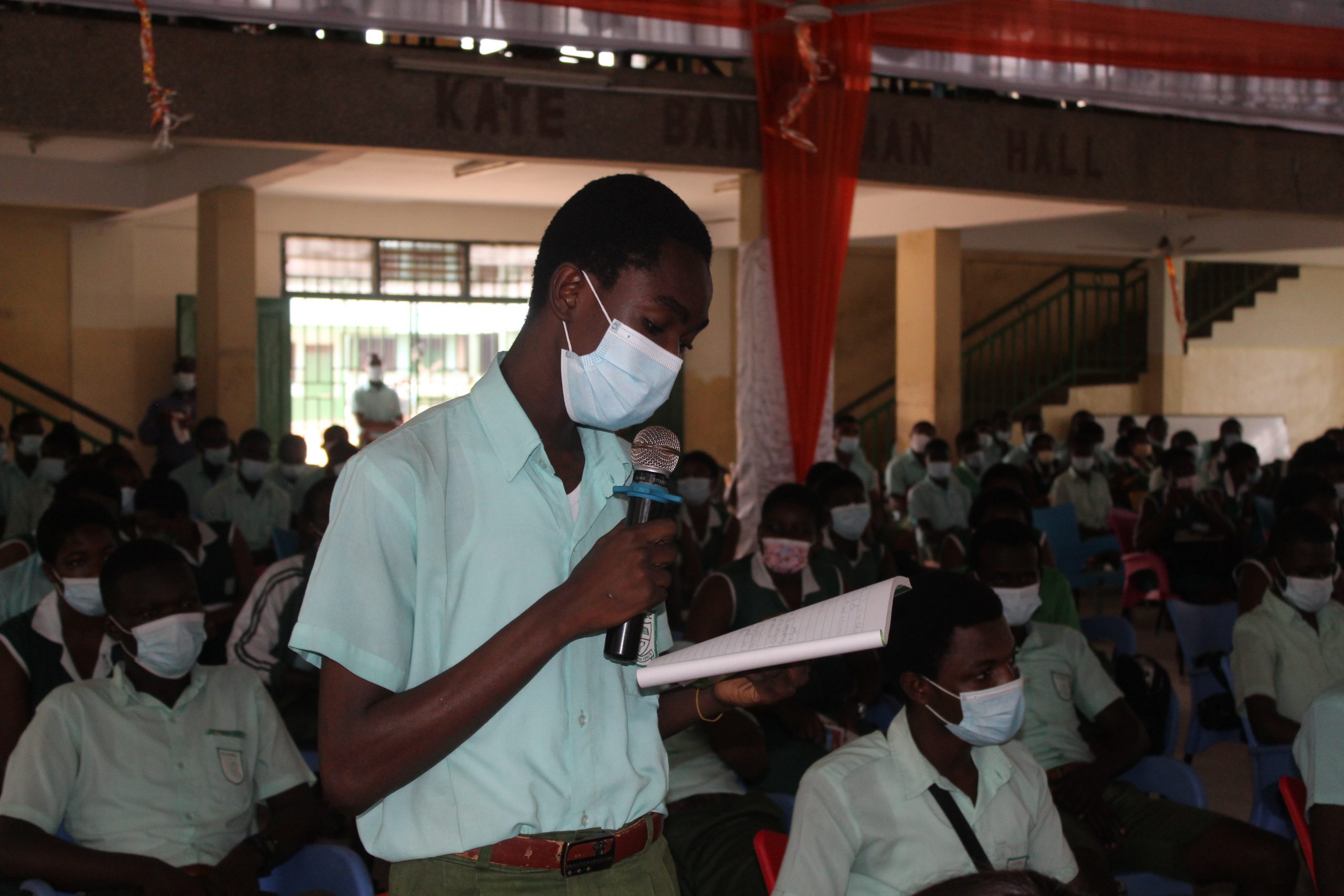