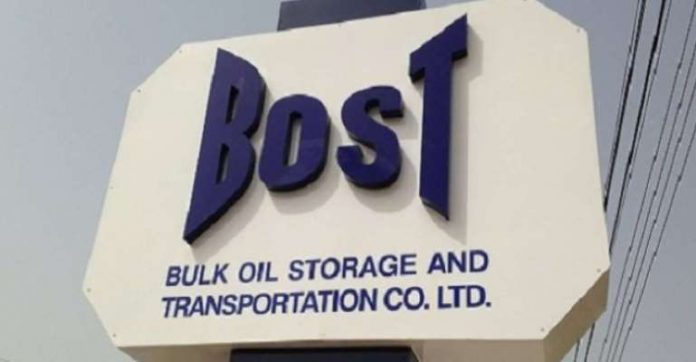 The Bulk Oil Storage and Transportation Company (BOST) has refuted claims by the Ghana National Tanker Drivers’ Union that the strategic oil stock company does not have fuel in stock for almost about a year, thus rendering scores of drivers jobless.

According to a report carried by the Ghana News Agency, the tanker drivers, in a petition signed by its National Chairman, George Nyaunu and copied to President Akufo-Addo and Energy Minister, noted that they had tried to meet management of BOST and other stakeholders to resolve the problems but all efforts have proven futile.

“The painful truth is that majority of our members have been rendered jobless for almost between seven months to one year now due to the downward trends of BOST’s operations at its depots.

“As stakeholders, they were aware that BOST had not been able to stock fuel at its prime depot due to the inability of management to make economically viable, reasonable and sustainable financial arrangements to procure products for our continuous operations,” he explained.

The company, however, in a statement rejected the assertions, saying they are unfounded.

BOST said it is not experiencing fuel shortage as being purported, but rather a maximisation of the company’s resources which has led to lower reliance on tanker drivers to transport fuel on behalf of the company.

According to BOST, tanker drivers were heavily relied upon for the transmission of fuel when two pipelines responsible for transporting fuel from Tema to Akosombo and Buipe to Bolgatanga were in disrepair and non-functional.

The statement said BOST had also grounded all four of its river barges responsible for fuel transportation on the Volta Lake.

“Efficient resource utilisation and focused management have resulted in a full repair of all four river barges that were grounded and the two pipelines which had been out of use for close to five years.

Thus, more fuel volumes are transported through the barges to the Northern depot in Buipe and further pushed through the repaired pipeline to Bolgatanga to landlocked countries and the surrounding Northern regions.

“For a faster and quicker movement of volumes to meet the increasing export demand, the barge/pipeline formula is more efficient and will, therefore, affect the volume that gets transferred through the use of the Road Trucks (BRVs or Tankers),” BOST explained.

BOST, thus, called on the general public to disregard the allegations and treat them with the contempt it deserves and trust BOST to live up to the bidding for Ghana,” it added.

It further assured the public that the company is being run by capable hands “and things are really getting better: our asset utilisation has improved from a paltry 15 percent to 85 percent (including the pipelines and barges) within two years and we are seeking to bring every single asset which has been lying idle over the last couple of years into operation to maximise value for the 30 million Ghanaians.

“BOST is in a good state and is poised to deliver on its mandate to benefit the government and people of Ghana,” it concluded.

In a related development, Chairman of the Bulk Tanker Drivers’ Union, Clement K. Ampadu has described claims by the Ghana National Tanker Drivers Union as false.

According to him, his union members have been loading fuel from the BOST depot at the Accra Plains, popularly known as APD, everyday and wondered why their counterpart are making those false claims.

“I know there is fuel …maybe they have problem with the way the allocation is done. But if they say there is no fuel, I disagree with them,” Mr Ampadu stated.