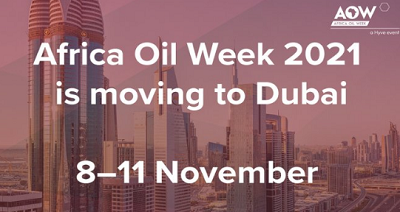 Organisers of African Oil week, Hyve Group Plc, says over 57 percent of countries have pledged the attendance of their Ministers of Energy or Petroleum or government leaders at this year’s programme scheduled for Dubai, UEA, from November 8-11.

So far, a host of ministers and former presidents who have confirmed their participation include Mauritania, Ghana, Namibia, Kenya, Burkina Faso, Mali, ROC and DRC.

The organisers of Africa Oil Week have been criticised for moving Africa’s flagship oil and gas event to Dubai.

A former Secretary General of African Petroleum Producers Association, H.E Mahaman Laouan Gaya described the decision by the organisers as a sign of poor leadership.

“Africans need to know that our dignity should not be given away. This is a clear sign of poor leadership. Africa will not reach its global potential if we continue to see supposedly investment promotion-focused organisations abandoning the continent at the smallest challenge,” H.E Mahaman Laouan Gaya said recently.

“The African Oil Industry is at the cross roads, and going into COP26, we need to have an African agenda on energy transition and energy poverty. These discussions cannot be had in Dubai. African Petroleum Producers and other energy producers should distance themselves from this initiative of taking Africans to Dubai,” he further added.

Equatorial Guinean Minister for Mines and Hydrocarbons, H.E Gabriel M. Obiang Lima also recently took on the organisers and warned IOCs operating in the Central African country not to participate in the event.

He urged his fellow ministers and other industry stakeholders to cancel their participation in the Dubai initiative.

However, his appeal seems to have fallen on deaf ears as majority of the continent’s Energy Ministers have confirmed their participation in the upcoming event.

In a press statement, Hyve Group Plc, organisers of Africa Oil Week, announced that it has signed a three-year deal with the CTICC in Cape Town, for the hosting of the Africa Oil Week and Future Energy Series in 2022 and beyond.

This, according to them, is reaffirmation of their long-term commitment to the continent.

Commenting on the new development, South Africa’s Tourism Minister, Mmamoloko Kubayi-Ngubane said: “I am delighted with the news that from 2022, Hyve Group will be hosting Africa Oil Week and Future Energy Series Africa in South Africa for the following three years and beyond.

“It is worthy to note the continued commitment of Africa Oil Week to the social and economic development of South Africa and the wider Pan African community. The event has put Africa at the heart of every decision, and we are proud to call Africa Oil Week partners of Africa in every sense of the term.

“The opportunities for international visitors remain as strong as ever and we very much look forward to welcoming all delegates once again for a safe and inspired visit to our beautiful country.”

Below are some of the Ministers who have confirmed their participation in the AOW:

Hon. Yonis Ali Guedi
Minister of Energy
Republic of Djibouti
AND THE WIDER

H.E. Houmed M’Saidie
Minister of Economy,Investments and Energy of the Union of Comoro

Alem Kibreab
Director General
Department of Mines at the Ministry of Energy and Mines, Eritrea