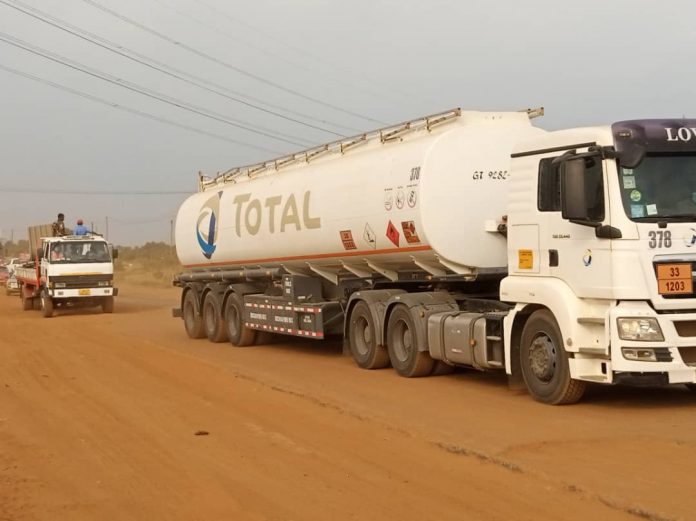 Petroleum tanker drivers who ply the 7.2km stretch of the road from the Tema Oil Refinery (TOR) to link the Kpone main road to lift fuel from the petroleum storage facilities along the road and operators of the facilities have expressed disappointment in the government for failing to put the road in a good condition.

The 7.2-kilometre road has been in a deplorable state for over a decade.

The road links industries, petroleum storage facilities and power generation companies which contribute huge amount of tax revenue to the Government of Ghana.

There are gaping deep gullies on the entire stretch of the road, forcing petroleum tanker drivers and other road users to dangerously meander through the gullies at a ‘slow motion’ pace, thus, always resulting in long vehicular traffic. 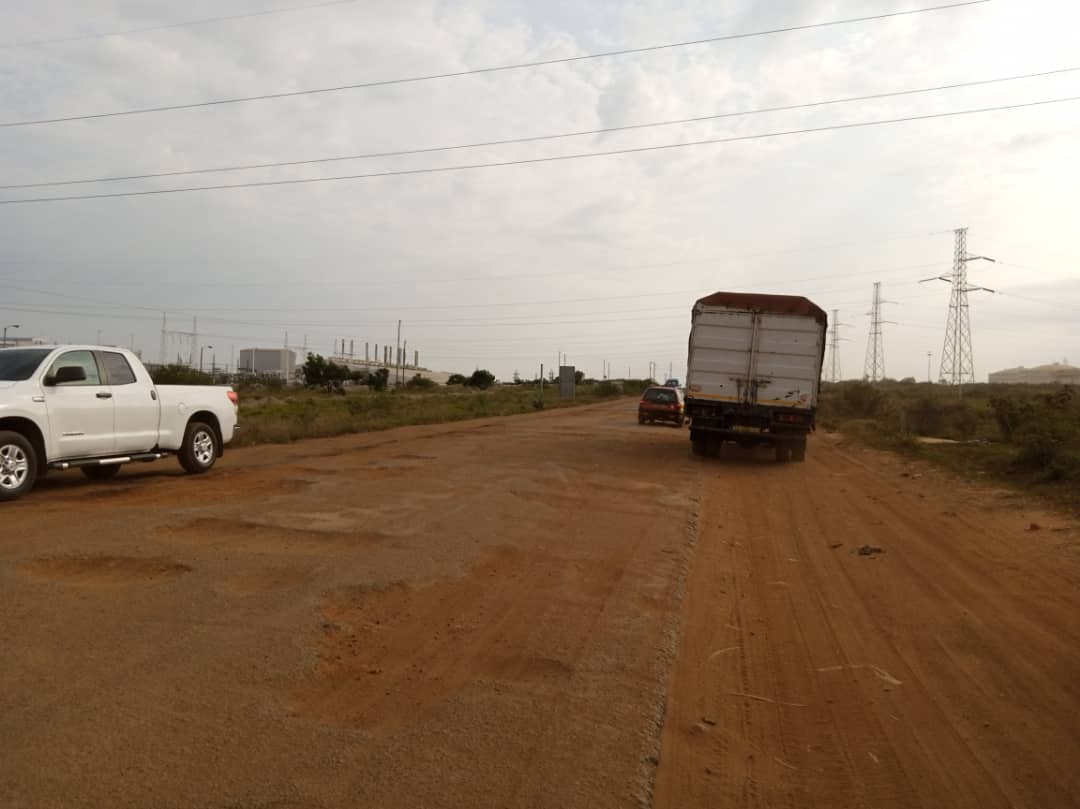 The deplorable state of the road has also contributed to the heavy environmental pollution of the area.

What surprises most drivers and operators of the petroleum storage facilities on the stretch is that on August 2, 2020, few months to the West African nation’s Presidential and Parliamentary elections, the country’s Minister for Roads and Highways, Kwasi Amoako-Attah, and a host of government appointees including officials of Kpone-Katamanso Municipal Assembly, cut the sod cutting for the construction of the road.

He gave indications that the road would be completed in 24 months.

However, almost a year after the sod cutting was done, nothing has happened on the road, leaving drivers and other users to continue to suffer from dust pollution.

When energynewsafrica.com’s team visited the area, the state of the road was more deplorable than it was such that some young men used laterite to fill some of the deep gullies in front of Chase Petroleum and Fuel Trade depots to make it easier for the fuel tankers to ply.

Some tanker drivers who spoke to energynewsafrica.com lamented over the poor nature of the road.

One of the drivers, Alhassan Muhammed told energynewsafrica.com that he had been plying the road for 20 years but was yet to see any improvement on the road.

He said the current poor state of the road is difficult to ply on especially in the rainy season.

He could not fathom why the Government of Ghana is collecting huge tax revenue from the companies operating in the area, yet is not fixing the road to alleviate their suffering.

Another oil tanker driver, Daniel Agbesi said: “We have been complaining severally but the authorities are not listening. This is very bad.”


He called on the government to see the need to fix the road.

One of the managers of the petroleum storage facilities, who spoke to energynewsafrica.com, said the condition of the road has remained in the same state for past nine years they have been operating in the area.

He said that the August 2020 sod-cutting event gave them some hope “that at long last, calls for our road to be rehabilitated has finally received attention.” 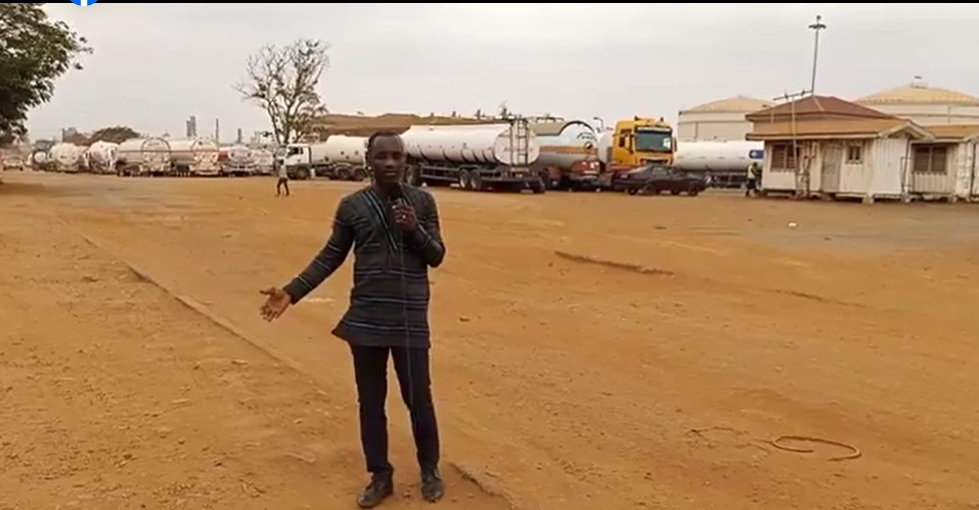 Sadly, he said their hope that the road was going to be fixed within the 24 months as promised by the Roads and Highways Minister had been dashed after eleven months of no sign of fixing it. 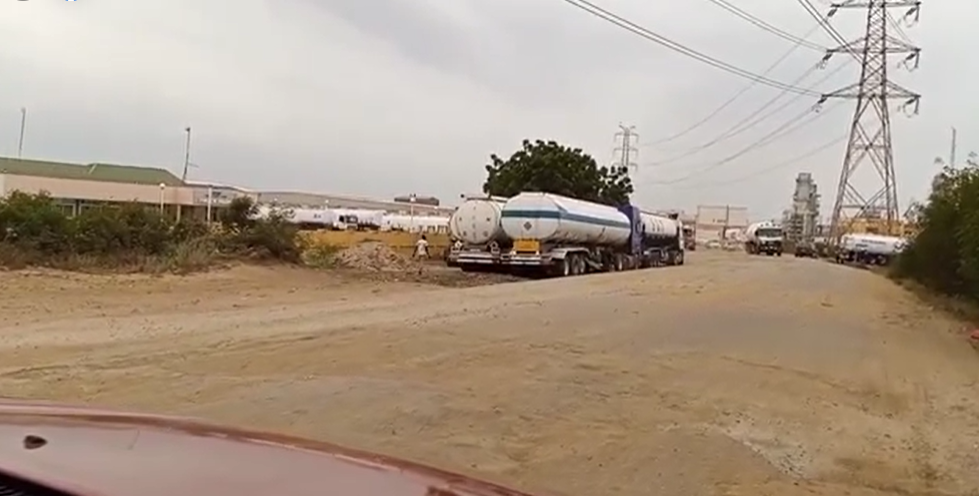 According to the Manger, prior to the sod cutting, industries in the area wrote to the Minister for Finance, National Petroleum Authority, National Disaster Management Organisation and the Department of Urban Roads to fix the road because of the key power and petroleum installations in the area but none of the institutions responded to their letter.

The Manager underscored the need for the government to pay attention to their cry since the industries on the stretch are a treasure as far as tax revenue mobilisation is concerned.

“It is proper and it makes economic sense that you don’t deny where you get the chunk of your revenue from,” he said. 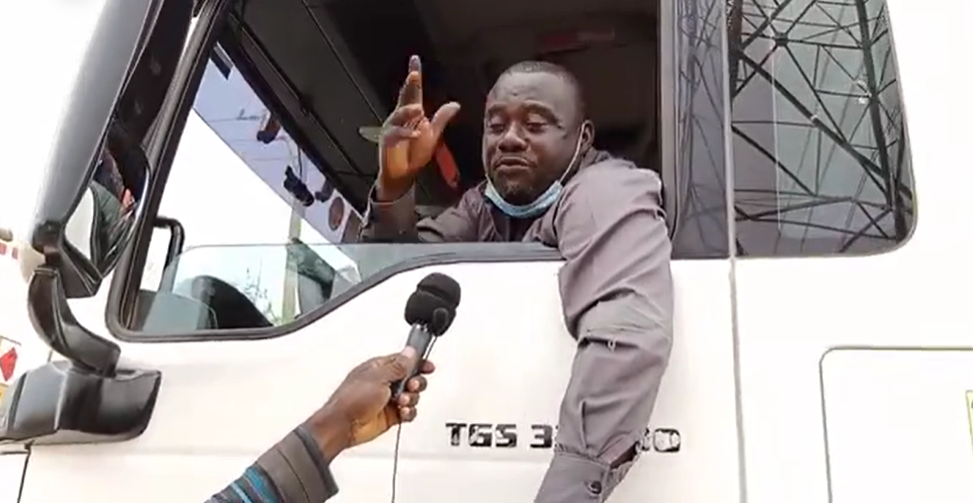