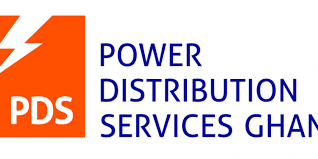 The company has almost completed its documentation and will, in the next few days, serve a notice to the London arbitration court to adjudicate the matter, sources close to PDS has hinted energynewsafrica.com.

PDS filed a suit at the commercial division of the Accra High Court to challenge revocation of their licences by the country’s electricity regulator, Energy Commission.

However, the court, on Friday, dismissed the application by Power Distribution Services (PDS), challenging the cancellation of its operation licences.

The court, presided over by Justice Akua Sarpomaa Amoah, threw out the application after dismissing all the reliefs which the applicant sought and upheld the opposition to the application by the Attorney-General (A-G), Mr. Godfred Yeboah Dame.

Justice Amoah, however, did not give full reasons for her decision which, she said would be in her ruling filed at the court’s registry.
P
Background

The PDS was issued with a lease assignment agreement which allowed PDS to manage the assets of ECG, worth more than $3 billion and a bulk supply agreement for PDS to take over the distribution of electricity in the southern distribution zone of the country.

The Power Distribution Services, which was a consortium of Ghanaian and foreign entities, had 51 percent Ghanaian stake while the remaining 41 percent was for Meralco and its partners.

The conditions precedent of the agreements made it mandatory for PDS to secure a payment security to serve as a form of insurance for the assets of the ECG which it was managing.

The government said PDS presented a payment security in the form of demand guarantees from Al Koot Insurance, a Qatar-based insurance firm.

The government, however, started raising red flags in 2019 after accusing PDS of securing a fake demand guarantee.

According to the government, its checks revealed that Al Koot had not issued any demand guarantee for PDS.

The government, subsequently, terminated the concession agreement with PDS in October 2019.