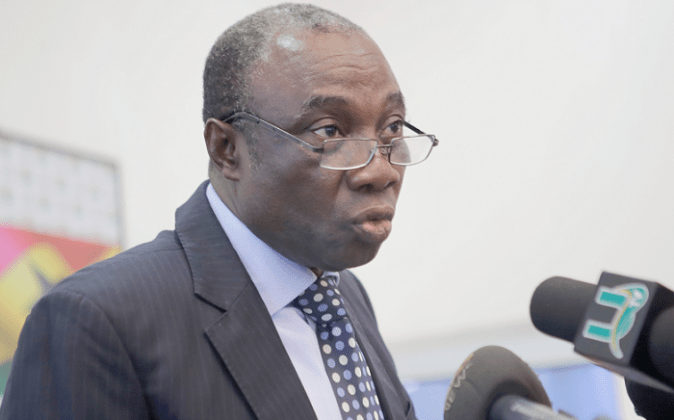 A former Minister for Power in the Republic of Ghana, Dr Kwabena Donkor has welcomed the government’s decision to probe the termination of the GPGC Emergency Power Agreement which has caused the West African nation a US$170 million judgment debt.

In 2015, Dr Kwabena Donkor, on behalf of the Government of Ghana, signed a five-year Emergency Power Agreement with Ghana Power Generation Company (GPGC) to produce 107MW of electricity.

Per the details of the agreement, Ghana was to provide a site for the plant, fuel for the plant and water which would require the construction of pipelines to the nearest Ghana Water Company Limited’s pipeline for the supply of clean water and sea water for cooling.

Unfortunately, the company could not meet the construction date.

Then upon assumption of office, the current administration reconstituted a committee, which was set up by the previous administration, to look into all the power purchase agreements it had signed.

The committee recommended that PPA of ASG, Chrispod Hydro Power Ltd and GPGC should be terminated because they had not reached financial close.

For their compensation, the committee proposed that ASG should be paid US$17 million for early termination while Chrispod Hydro Power Ltd and GPGC were to be given US$22 million and US$18 million respectively.

Cabinet accepted the recommendations and the three PPAs were terminated.

The Government of Ghana would have paid US$178,404,914.68 on capacity charges alone for a period of four years if GPGC had constructed their plant.

The decision did not settle well with GPGC, which filed a case at the International Court of Arbitration in London and subsequently won the case against the Government of Ghana.

But speaking on Accra-based Joy FM, Dr Donkor said he was ready to face the investigative bodies over the contract he signed on behalf of the Government of Ghana.

“I am a law-abiding Ghanaian. If the CID says they want to investigate something, what do I have to hide?” he quizzed.

He further stated that “I will go to the CID. This is not the first time I have been called to the CID.”
Dr Donkor also questioned the basis under which the agreement was cancelled by the government.

“First of all, when I saw a couple of the termination letter, the basis of termination, the operating phrase was that they had not obtained an energy commission licence. In the agreement, government was obliged to assist them to obtain all licences and permits so if we have that obligation on our path, we don’t turn round and use that as an excuse or a reason to terminate.”

According to him, the Attorney General is hunting for a scapegoat for what he sees as wrongful termination of the contract.

“Other than that, we don’t expect the Attorney General to sit on radio threatening and intimidating. You don’t expect that,” he told Winston Amoah, the host.

He wanted the government to reassess the issue and address concerns raised by the court in London.

The former Minister added that since the recent development ensued, “nobody even asked me for a second that what was the basis for the agreement, why did you sign this or what informed this agreement. Nobody.”