His appointment takes effect from July 1, 2021.

The news was communicated in a letter dated 17th June, 2021.

Prior to this, cousin of President Akufo-Addo Gabby Asare Otchere-Darko had hailed Dr Mustapha Hamid on social media as an honest person.

“To put it mildly, he is one of the most principled and honest human beings I have ever known in my life. A sacred trait I pray will guide and guard him for the rest of his life.

“Hamid is the kind of person when he takes campaign money, based on a budget, and he ends up spending less than that to do the same job, he brings back the change! 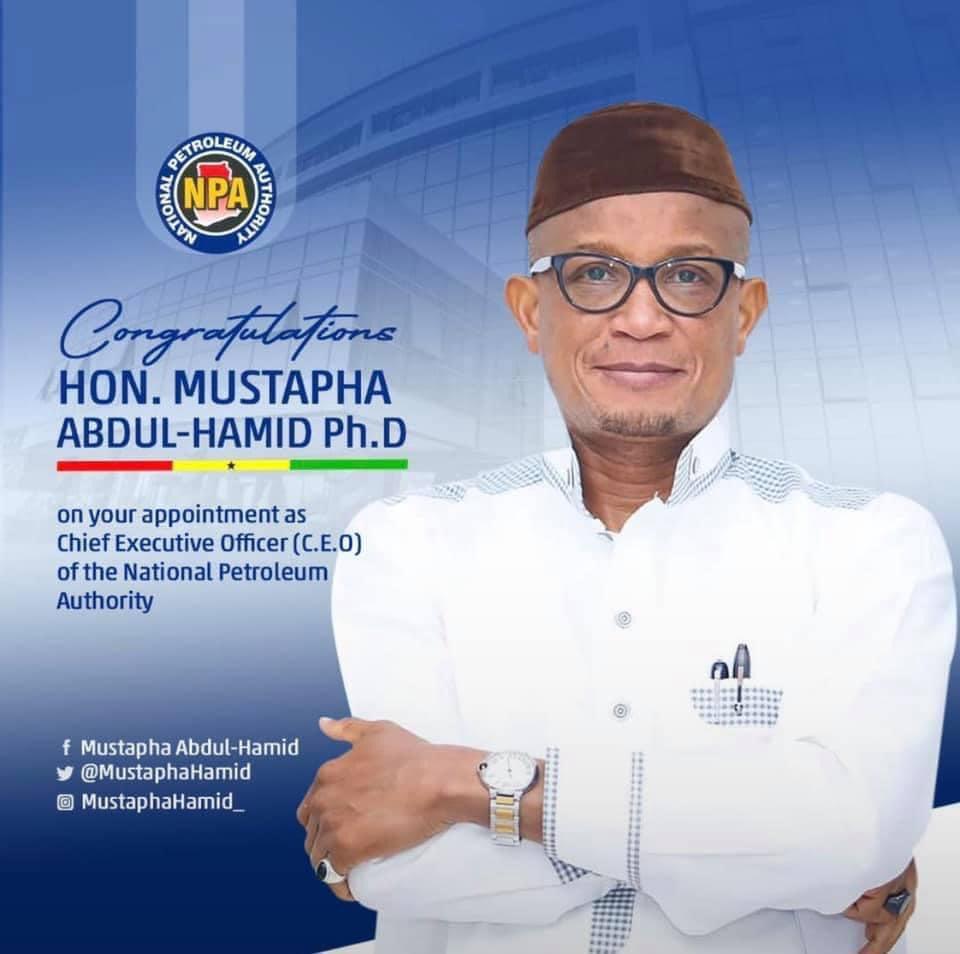 “I’ve known Hamid for over two decades now. He is admirably religious, disciplined but liberal. It is this personality quirk that allows him to get on well with people. But, he resents cheats and those he considers disloyal,” Gabby Asare Otchere Darko wrote on his Facebook when Mustapha Hamid celebrated his 50th birthday last week.

It would be recalled that energynewsafrica.com reported that Dr Mustapha Hamid had been appointed as the new CEO of NPA.

At a meeting at the Energy Ministry recently, he reportedly wrote his name as the incoming CEO.

The country’s downstream petroleum regulator, NPA, in a flyer sighted by energynewsafrica.com, confirmed the appointment of Dr Mustapha Hamid and congratulated him.