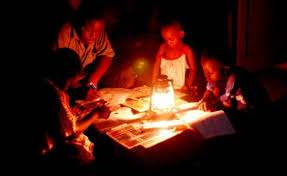 A statement issued by the Transmission Company of Nigeria (TCN), stated: “There was a total system collapse of the grid as a result of voltage collapse of some parts of grid.

“TCN commenced grid recovery immediately after the collapse from Shiroro Generating Station to Katampe TS Abuja through the Shiroro-Katampe line at 11:29am and also through Delta Generating Station to Benin Transmission Substation and has reached Osogbo and parts of Lagos,” the statement said.

While the grid restoration and power restoration gradually progress to other parts of the country, the cause of voltage collapse that precipitated this failure is equally being investigated.

The company appealed to Nigerians to exercise patience as it works assiduously to ensure full restoration of the grid and, consequently, power supply to the remaining parts of the country.

Nigerians are unhappy about with how the country’s leadership is handling the power sector.

With over 200 million populations, less than half of Nigerians have access to power with regular interruption in power supply.

Commenting on the current situation, one Nigerian said: “The problem with the power sector in Nigeria is largely poor human capital combined with bad culture of work. It’s going to take a full generation to fix this even with full privatisation of all the value chain. Some privatised power companies have done a lot of work but the old guard that damaged the sector still hang around, claiming they know and they still pollute the younger ones with the poor culture, claiming they are passing on knowledge.”