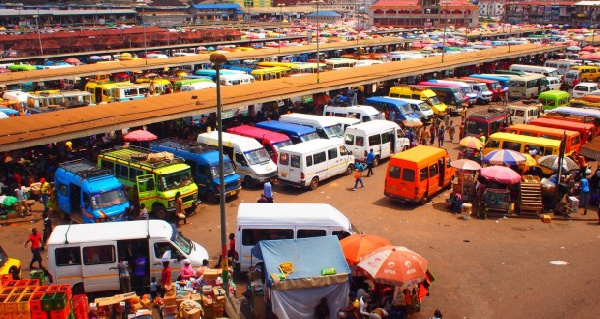 Transport operators in the Republic of Ghana have served notice of increasing transport fares next week, following the hikes in petrol and diesel prices at the pump.

A litre of petrol and diesel currently sell at GHS6.36 and GHS6.19 respectively.

Speaking on an Accra-based Citi FM, Godfred Abulbire Adogma, who is the General Secretary of GPRTU, said the Union plans to come out with a statement after Wednesday.

“The price increase is obvious but the percentage that we will be increasing it by is what we are yet to discuss,” he said.

He said based on current factors, an increase in transport fares between 30 percent and 40 percent would have been ideal, but that may affect their business, hence, the final decision would be lower than that.

“Even if we are given a freehand to think within our own and come up with the new fares, we will not make any mistake to go beyond 15 percent or even 20 percent,” he said.

“Ours will come after Wednesday. We met [on Thursday] with the Transport Minister and we agreed that once there is this new rollout of new tariffs from 1st May, we just wait and get that percentage and add it up to our existing price build-up that we had calculated and now know by what margin we will increase fares.”

He said the GPRTU would ensure that the new fares “will not affect the general public so much.”