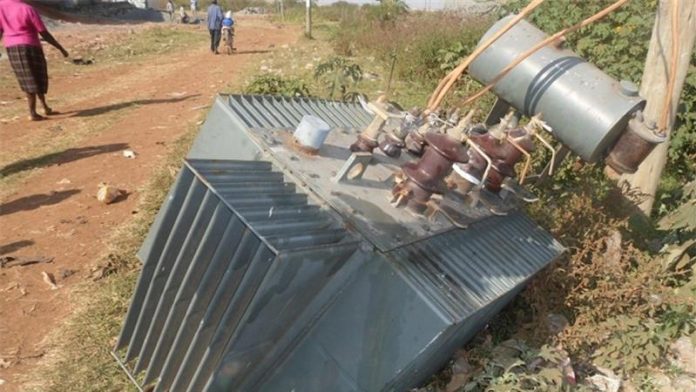 Zambia’s Electricity Company (ZESCO) Limited has recorded 14.2 percent increase in vandalism of its installation and theft in the first quarter of 2021.

The corporation recorded a total of 715 cases of vandalism and theft between January and March 2021 compared with 626 cases recorded in the fourth quarter of 2020.

In a statement, ZESCO Limited said it is saddened by the development.

“Losing such huge amounts of money to vandalism is not only a setback to ZESCO operations but also amounts to economic sabotage as electricity is one of the key products that drives the economy,” the statement said.

The statement continued that ZESCO is concerned about the persistent loss of vital installation components and would like to warn perpetrators of the ugly vice that “we are working round the clock to ensure that the culprits are brought to book.”

Vandalism is a criminal offence under the laws of Zambia which can attract a maximum of 25 years’ imprisonment.

ZESCO, in collaboration with other stakeholders, and in the period under review, said: “We managed to arrest 103 vandals of which 20 have been convicted and sentenced and 38 cases are still active in the courts of law.

“This is due to increased number of foot and motorised patrols and enhanced intelligence gathering.

“We urge the public to partner with ZESCO by being vigilant and reporting any suspected vandals loitering around ZESCO installations by calling the ZESCO security line 0978783000 or reporting to Zambia Police Service,” the statement concluded.