The initiative is in response to calls for the downstream petroleum regulator to introduce digitisation to deal with illegal activities regarding fuel trading.

The new initiative will help NPA to monitor the quantity of petroleum products in the storage tanks of Oil Marketing Companies (OMCs) at their retail outlets.

Speaking at the launching of the ultramodern facility in Accra, Dr. Mahamudu Bawumia said the initiative would not only improve the petroleum product distribution system but will also go a long way towards the country’s ‘Beyond Aid’ agenda.

According to him, the initiative would help the government in its effort to maximise revenue mobilisation from petroleum products.

“Taxes and levies on petroleum products are major sources of revenue for the government in pursuing its development agenda,’’ he said.

The Vice President decried the actions of some unscrupulous players in the downstream petroleum industry, which, he said continues to deny the needed revenue in that sector.

“Between 2015 and 2019, it is estimated that the government lost a total of GHS4.7 billion in tax revenue as a result of illegal activities in the petroleum downstream sector,’’ Dr. Bawumia revealed. 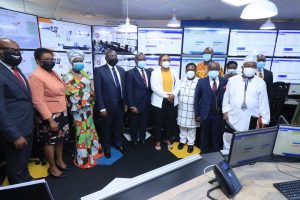 The Vice President noted that the illegal activities take place in the sector because of lack of transparency.

He was hopeful that the retail outlet fuel monitoring system would help block revenue leakages and improve revenue mobilisation for the government to be able to provide social services to Ghanaians.

“We are looking forward to blocking revenue leakage and mobilising revenue to ensure development,” he said.

According to him, the initiative would promote economic development and ensure the profitability of the industry for all the players.

A Chief Inspector at NPA, Esther Anku stated that the retail outlet monitoring system is aimed at complementing measures already taken in the fight against illicit activities, saying it is expected to monitor the receipt into the retail outlets of smuggled products, products meant for export and diverted subsidised products such as premix and MGO local.

He said among other functions of the system would be augmenting the capacity of the OMCs to manage their retail outlets.

“The system records the volume of product receipts into the underground tanks both under ambient conditions and volume corrected to 20 degrees Celsius. This feature in combination with the high level accuracy tank calibration will help resolve misunderstandings that often erupt between tanker drivers and station dealers on quantity of product delivered,” she said. 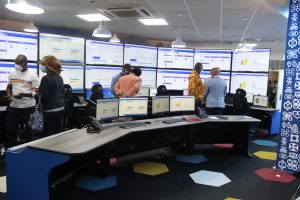 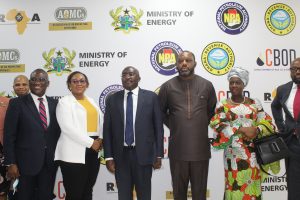 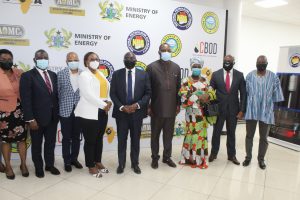 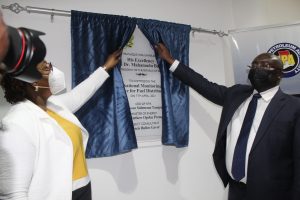