Ghana’s Minister for Energy, Dr Matthew Opoku Prempeh, on Tuesday, paid a working visit to the operational head office of the West African nation’s power transmission company, GRIDCo, in Tema to inspect ongoing project being executed by the company to boost power transmission.

The Minister held a meeting with the Chief Executive Officer of GRIDCo, Ing. Jonathan Amoako-Baah and his team and later visited the systems control room to acquaint himself with what goes on in that office.

Dr Matthew Opoku Prempeh, who was accompanied by some officials of the Ministry of Energy including the Chief Director Lawrence Apaalse and Director in-charge of Upstream, Benjamin Asante, later visited the site where GRIDCo is constructing 161kV transmission line to inspect the progress of work.

Briefing the Energy Minister, Director for Engineering Projects at GRIDCo, Ing. Owusu Afriyie said the Volta-Achimota-Transmission line was constructed in 1965 and had since not seen any upgrade.

He said the company is currently upgrading it to ensure that it is able to transfer more load to Accra.
Mr Afriyie explained that when completed, the lines would increase its load capacity by about three fold from the current 420MVA to about 1200MVA.

He noted that the project had commenced from the Volta sub-station which was one of GRIDCo’s Bulk Supply Point in Tema to Achimota, a distance of about 27 kilometres.

“By the completion of this project, we will have more power to the Achimota sub-station transferred from the Volta substation to the Electricity Company of Ghana (ECG) to distribute,” he said.

Speaking to the press, Dr Prempeh dismissed assertions in the media that the country has returned to the era of power crisis popularly called ‘dumsor’ in the local parlance.

According to him, the ongoing system upgrade is responsible for the intermittent power outage being experienced in the country.

“We should all be sincere and truthful in our communication. In 2016, the whole country was given periods when we were to receive power and when to be off. In 2016, the government of the day told us it was a generation problem. Even the opposition then said the government did not have money to buy fuel to power the generators. This is not a generation problem; this is not about fuel so how can we call it dumsor?” he queried.

He said the government had included in this year’s budget the provision to improve on the electricity supply systems and it is going to continue until the system improves. 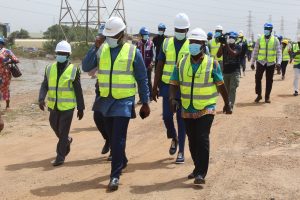 “We are working feverishly to resolve the challenges which have arisen as a result of technical difficulties with our transmission lines, and it is our hope that, that issue will be resolved by the end of the year,” he said.

He said Ghanaians would have to “bear with the contractors so they finish in time so we can enjoy the improvement we so desire. We have systems where lights are flickering, voltages are low and the line is down and that is exactly why we have what we have,” the Minister explained. 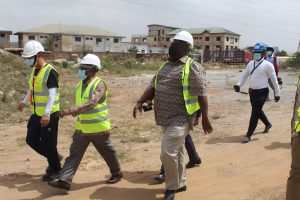 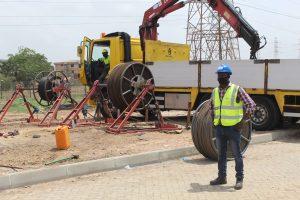 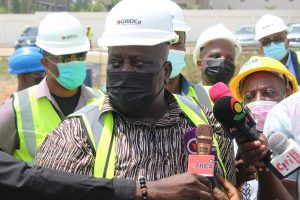 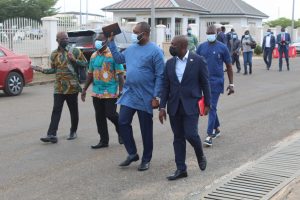