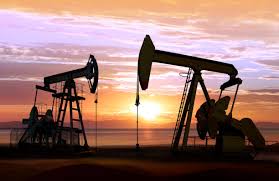 Global gasoline may have peaked, thanks to fuel efficiency gains and the growing popularity of electric vehicles, the International Energy Agency said in a new report, noting that these trends offset growth in mobility in emerging economies.

The report, which looks at the next five years, also suggests peak oil demand may be near, thanks to stronger government policies—if they materialize—in favor of renewable energy, and behavioral changes.

“The Covid-19 crisis caused a historic decline in global oil demand – but not necessarily a lasting one,” IEA’s chief, Fatih Birol, said.

“Achieving an orderly transition away from oil is essential to meet climate goals, but it will require major policy changes from governments as well as accelerated behavioural changes. Without that, global oil demand is set to increase every year between now and 2026.”

In the absence of stronger energy policies, the IEA projects global oil demand growth of some 10 million bpd by 2026, half of which would come from the Middle East from shut-in capacity. This would once again increase OPEC’s clout on international markets at the expense of U.S. shale drillers, who need higher oil prices before they return to production growth.

Some of the additional supply of oil that will be needed will have to come from new production capacity, however.

According to the IEA, this new production capacity is around 5 million bpd.

There is no rush, however, because right now, amid the pandemic, there is some 9 million bpd in spare oil production capacity, the agency noted.

Even with demand for oil on the rise, however, no part of the industry will remain untouched by the energy transition, Birol said.

“No oil and gas company will be unaffected by clean energy transitions, so every part of the industry needs to consider how to respond as momentum builds behind the world’s drive for net-zero emissions,” he said, noting things like carbon capture and methane emission reduction among the biggest issues facing the fossil fuel industry.