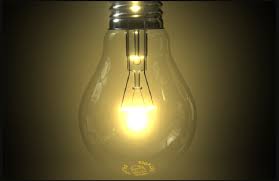 Electricity supply in the Republic of Ghana has been partially restored following a total blackout on Sunday afternoon.

Though the transmission company, GRIDCo, has not issued a statement to indicate restoration of power, many people who interacted with energynewsafrica.com confirmed that electricity has been restored at their locations.

The entire West African nation was hit with blackout at about 2:10pm following what GRIDCo said was a challenge that resulted in system shutdown.

The situation left many wondering as to whether the country had returned to the era of power crisis which was christened ‘dumsor’ in the local parlance.

Ghana experienced a similar situation in May 2017 when there was a total blackout.

Sources within GRIDCo told this portal that power has been restored fully but said it will take sometime for the entire country to have electricity.

In a statement issued by GRIDCo earlier on Sunday, it said that its technical team is currently working to restore power supply to all Bulk Supply Points (BSPs) in the country.

“GRIDCo is also working to ascertain the reasons behind the total system shutdown and will update the relevant stakeholders in due course.

“Any inconvenience caused is deeply regretted,” the statement issued by GRIDCo noted.