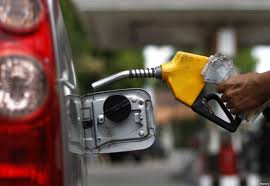 Union Petroleum and Natural Gas and Steel Minister Dharmendra Pradhan has stated that reduced fuel production and oil-rich nations seeking more profits are the primary reasons behind spiraling petrol and diesel prices in the country.

“There are two main reasons behind the fuel price rise. The international market has reduced fuel production and manufacturing countries are producing less fuel to gain more profit. This is making the consumer countries suffer,” Pradhan said during his visit to inspect the venue where Prime Minister Narendra Modi is scheduled to address a rally in Assam’s Dhemaji.

He further stated, “We have continuously been urging the Organisation of the Petroleum Exporting Countries (OPEC) and OPEC plus countries that it should not happen. We hope there will be a change.”

The prices of petrol and diesel are increasing continuously for more than 10 days and in some states, the price of petrol has even crossed the Rs 100-mark.

Justifying the taxes levied on petrol and diesel, he said that the Centre and the states are doing various developmental works in the wake of the Covid-19 pandemic, for which they collect taxes, adding that these development projects generate jobs.

Amid an outcry over record petrol and diesel prices, Union finance minister Nirmala Sitharaman on Saturday said the Centre and state governments will together have to work out a mechanism to bring retail rates to reasonable levels.