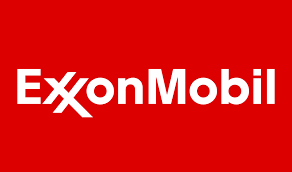 U.S oil super major ExxonMobil booked a $20.1 billion loss in the last quarter of 2020 compared to a profit in the same period of 2019 due to massive impairments amid the most challenging market conditions the company has ever experienced.

ExxonMobil on Tuesday announced an estimated fourth quarter 2020 loss of $20.1 billion compared to a profit of $5.7 billion in the same period of 2019.

The company’s fourth-quarter capital and exploration expenditures were $4.8 billion, bringing full-year spending to $21.4 billion, $9.8 billion lower than the prior year.

ExxonMobil’s oil-equivalent production in the fourth quarter was 3.7 million barrels per day, consistent with the third quarter of 2020. Production was reduced by government-mandated curtailments.

“The past year presented the most challenging market conditions ExxonMobil has ever experienced”, said Darren W. Woods, Chairman and Chief Executive Officer.

“While the effects of the pandemic significantly impacted our 2020 results, our previously executed strategic initiatives and reorganizations enabled us to respond decisively to permanently improve our cost structure, drive greater efficiencies across our businesses, and emerge a stronger company.

“These improvements are expected to deliver structural expense savings of $6 billion per year by 2023, relative to 2019”.

In 2020, ExxonMobil reduced annual cash operating expenses by $8 billion, of which $3 billion are structural reductions.

The company expects to generate additional annual savings of $3 billion by 2023, resulting in total structural annual expense reductions of $6 billion, including savings from a global workforce reduction.

ExxonMobil also announced the election of Tan Sri Wan Zulkiflee Wan Ariffin, a former Petronas president and Group CEO, to its board of directors.

ExxonMobil continues discussions with other director candidates with a range of skills sets for potential addition to its board, as part of its ongoing refreshment process.

With the election of Wan Zulkiflee, the ExxonMobil board will increase to 11 directors, 10 of whom are independent directors.

The board expects to take further action in the near term.