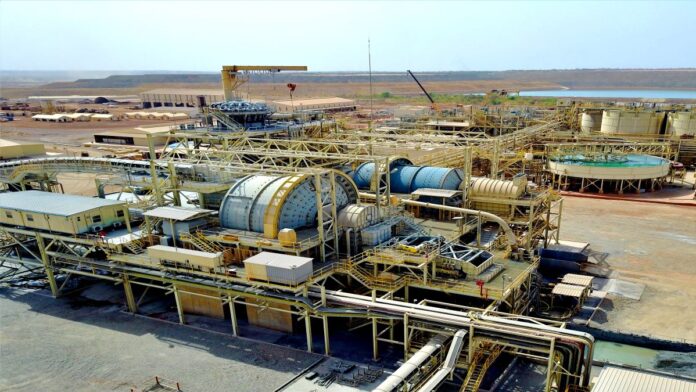 Since B2Gold first acquired the Fekola gold mine, located in a remote corner of southwest Mali, exploration studies revealed the deposits to be almost double the initial estimates. A recent site expansion has just been completed, and while the existing power units provide enough power to support the increase in production, the company sought to reduce its energy costs, cut greenhouse gas emissions, and increase power reliability. The addition of a 35MWp solar photovoltaic (PV) plant and 17MW/15MWh of energy storage to the existing 64MW thermal engine plant was decided. This new energy mix is anticipated to save over 13 million litres of fuel, reduce carbon emissions by thirty-nine thousand tons per year, and generate a payback in just over four years.

Such an elaborate hybrid configuration needs a powerful brain to deliver on all its potential: Wärtsilä’s GEMS, an advanced energy management system, has been set up to control the energy across the fleet of power sources, thermal, renewable, and battery storage. The integration, control, and optimization capabilities provided by GEMS allow the thermal units to be run at the most efficient rate and enable the battery storage to handle the large load step changes and volatility of the solar PV generation assets.

In the context of the Fekola mine, which is an off-grid electrical island, the battery is performing a lot of different services simultaneously, including frequency response, voltage support, shifting solar energy, and providing spinning reserves. The energy load is very flat, with a steady consumption rate around 40MW as the mining equipment is operating consistently, 24/7. However, if an engine trips offline and fails, the battery serves as an emergency backstop. The controls reserve enough battery energy capacity to fill the power gap for the time it takes to get another engine started, and the software inside each inverter enables the battery to respond instantaneously to any frequency deviation.

The reciprocating engines operate most efficiently at 85-90 percent of their capacity, this is their “sweet spot”. But if there is a sudden spike in demand, if a little more power is needed, or if mining equipment is coming online, then another engine needs to be run to meet the extra load. With the battery providing spinning reserves, the engines can be kept running at their sweet spot, reducing the overall cost per kilowatt hour. Moreover, with the solar plant providing power during the day, three to four engines can be shut down over this period, providing a quiet time to carry out preventive maintenance. This really helps the maintenance cycle, ensuring that the engines operate in a more efficient manner.

Solar PV volatility can be intense. On a bright day with puffy clouds passing by a solar farm of this size can easily see ramps of 25MW over a couple of minutes. This requires intelligent controls, dynamically checking the amount of solar that can be let into the grid without causing an issue for the engine loadings or without overloading the battery.

The GEMS intelligent software provides the optimization layer that controls all the power sources to ensure that they work together in harmony. The user interface (UI) gives access to all the data and presents it in a user-friendly way. Accessible remotely, all operations are simulated on a digital twin in the cloud to verify the system controls and simulate the most efficient operating scenarios to lower the cost of energy. This is an important software feature, both during and after commissioning as it allows operators to train on the platform ahead of time and familiarise themselves with the automated controls and dynamic curtailment of renewables. The UI provides the forecast for renewables and the battery charge status at any given moment, it can provide push email or phone notifications for alerts; telling operators when to turn off an engine and when to turn it back on.

The software is constantly analysing the data and running the math to solve the economic dispatch requirements and unit commitment constraints to ensure grid reliability and high engine efficiency. Load forecasting integrates the different trends and patterns that are detectable in historic data as well as satellite based solar forecasting to provide a holistic approach to dispatching power. The Fekola site has a sky imager, or cloud tracking camera with a fisheye lens, that provides solar forecasts for the next half hour in high temporal resolution.

To ensure that operators really understand the platform, and have visibility over the advanced controls, the UI provides probability distributions of the solar forecast. Tracking the forecast errors enables operators to see whether the solar is overproducing or underproducing what the forecast was expecting at the time and provides visibility to the operators on the key performance indicators. This feedback is an important part of the machine/human interface and provides operators with insight if an engine is required to be turned on at short notice.

Automated curtailment enables the optimization of the system providing a reactivity that people cannot match. By continually monitoring the engine loadings and battery, the system is ready to clamp down on solar if it gets too volatile or exceeds some spinning reserve requirement. For example, if a large, unexpected cloud arrives, the battery is dispatched to fill the gap while the engines ramp up. Once the cloud disappears however, the engines remain committed to operating for a few hours, and the solar power is transferred to recharge the battery.

Over time, as load patterns shift, the load forecasting algorithm will also be dynamically updating to match the changing realities of the load. As mining equipment hits layers of harder rock, increasing the power load, the system will adjust and dispatch the engines accordingly.

The Fekola mine project incorporates the largest off-grid hybrid power solution in the world, demonstrating the growing case for clean energy and its sustainable and economic potential for mines in Africa and beyond.

As the cost of batteries and solar panels continues to become more competitive, hybrid solutions are proving to be a realistic and effective means for increasing energy reliability and lowering operating costs in any context, thus freeing up resources to improve the human condition; whether through cheaper materials and gainful employment, or by providing broader access to reliable electricity for healthcare, education, and improved quality of life.