Ghana’s Ministry of Energy has been burgled, energynewsafrica.com can confirm.

Sources within the Ministry told this portal that the incident happened on the night of Sunday, January 3, 2021.

According to the source, the suspect burgled into the Accounts Department of the Ministry through one of the rear windows and unplugged a number of computers and packed them into empty boxes he found in the office.

The source said there was a laptop in one of the rooms the suspect entered but he never took it.

This, according to the source, makes them wonder why the suspect packed the computers but decided not to pick the laptop which was handy. 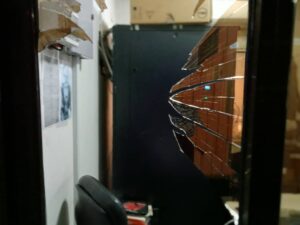 The source explained that it took the intervention of two of the security personnel who were going through the corridors of the Ministry on their routine night checks to detect the presence of the suspect.

The source said the unarmed security personnel, upon sensing danger, ran for cover, giving the suspect opportunity to escape through the window. 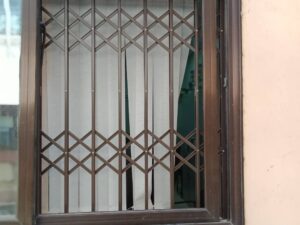 CCTV footage available to energynewsafrica.com shows the suspect who was wearing a lacoste-branded shirt over a pair of trousers coming through the window of one of the rooms adjoining the accounts office.

After climbing down from the window, the suspect, then, proceeded to one of the windows of the accounts office, unscrewed the window, entered and started his operation.

It took about six minutes for the arrival of the security personnel to come around.

The Ministry has since reported the incident to the Ministries’ police.

When energynewsafrica.com contacted the station, an officer who sought anonymity, confirmed the incident and indicated that “o arrest has been made so far.”

According to the officer, investigation is still ongoing and would inform the public when any arrest is made.