Ghana’s President, His Excellency Nana Akufo-Addo has expressed optimism that the country will achieve the target of 10 percent of renewable energy sources into the country’s energy mix by 2030 given the level of progress made so far.
The West African nation is a signatory to the Paris Agreement on Climate Change and has, thus, committed to increasing renewable energy sources into the energy mix by 10 percent.

Since then, Ghana has initiated a number of projects towards achieving the target. Among the renewable energy projects executed by state-owned agencies are 2.4 MW solar park in Navrongo, 6.5MW solar park (Lawra) and 13.5MW solar park (Kaleo) in Upper West by VRA and the ongoing construction of 250MW solar farm by Bui Power Authority (BPA).

Besides these projects, some private entities like BXC has 20MW solar power plant at Gomoa Onyaadze, Meinergy’s 20MW and Safisana 0.1MW at Ashaiman.

Until recently when parliament passed the Renewable Energy (Amendment) Act 2020, which included hydro power as renewable, Ghana’s renewable energy had been mainly from solar and biomass. 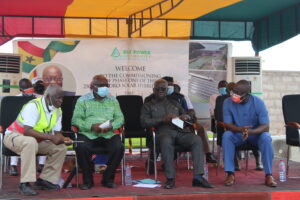 Speaking at the commissioning of the first phase of the 250MW solar power plant executed by the Bui Power Authority, President Akufo-Addo said the project is a demonstration of Ghana’s resolve to diversify the country’s energy generation portfolio and increase renewable energy components in the energy mix.

President Akufo-Addo, who said this in a speech read on his behalf by the Senior Minister Nana Yaw Osafo Maafo, said: “This project further demonstrates my government’s commitment to fulfill our promise.

“With Bui Power Authority’s significant addition of 250MW, VRA’s 100MW (The VRA has completed 6.4MW solar plant at Lawra, with 13MW under construction at Kaleo in the Upper West Region. There is also the 60MW Pwalugu Hydropower Multipurpose project. Additionally, it is developing 150MW wind project in Anloga and West Ada Districts of the Volta and Greater Accra Regions respectively in the short to medium term) and other small solar and hydro projects, I can assure you that Ghana will attain the 10% Renewable Energy target by 2030.”

According to him, technical and cost environment now make it possible for Ghana to encourage, as a matter of policy, the large scale development of solar projects in Ghana.

“Bui Power Authority has taken the lead in this direction and I’m pleased with this progress and wish the Board, Management and staff continue to introduce innovative ways into the Renewable Energy space,” he said.

According to him, BPA has also made giant strides by adding floating solar in the energy mix.

He said, under the current Board, the Authority has been able to secure amendment of BPA Act 207, Act 740 and commended the Ministry of Energy, Energy Commission and the Attorney General’s Department for supporting them. 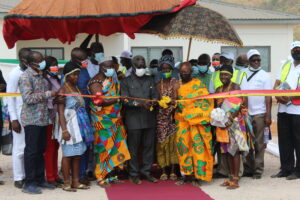 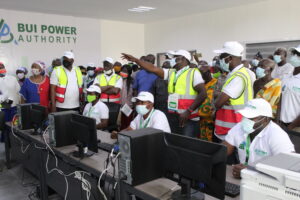 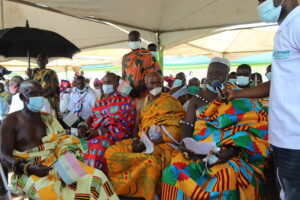 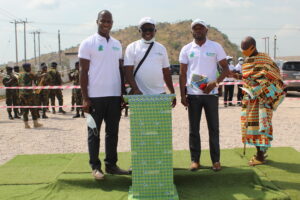 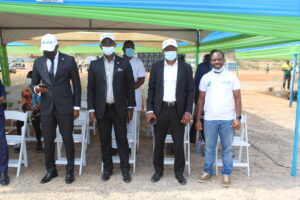 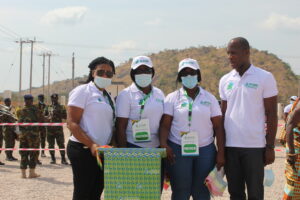 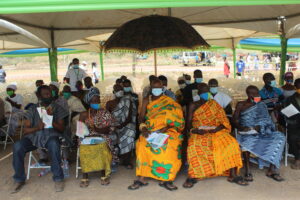 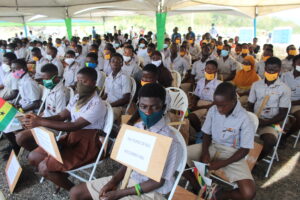 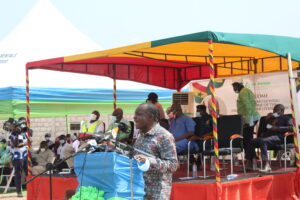 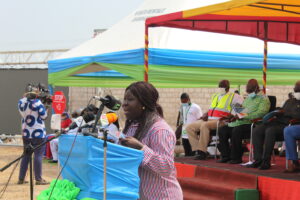 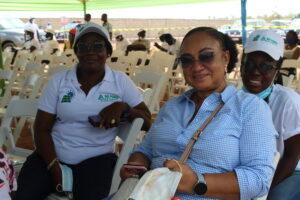 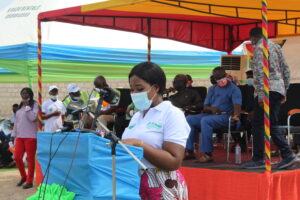