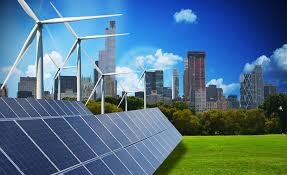 Spain’s oil major Repsol plans to reduce its oil business operations and increase five times its renewable energy portfolio by 2030 as part of its latest strategic plan unveiled on Thursday.

Repsol was the first oil major anywhere in the world to announce late last year a target to become a net-zero emissions company by 2050.

This was back in December 2019 and before the COVID-19 pandemic slashed demand for oil and fuels in 2020.

This year, Repsol was followed by all major oil firms based in Europe, including BP, Shell, Total, Eni, and Equinor, all of which pledged net-zero targets by 2050 or sooner and said they would invest much more in renewable energy, transport electrification, and hydrogen.

In today’s plan, Repsol said that it aims to become a global renewables operator with a generation capacity of 7.5 gigawatts (GW) by 2025 and 15 GW by 2030. This compares to a capacity of slightly below 3 GW today.

Repsol’s upstream business will be reduced to 14 countries, with a more efficient and focused exploration activity and an average total production of 650,000 barrels of oil equivalent per day.

“Repsol has the ambition to be a leader in renewable hydrogen in the Iberian Peninsula by reaching a production of the equivalent of 400 MW by 2025 and with the ambition of exceeding 1.2 GW in 2030,” the company said.

The new strategy is self-financing at an average price of $50 per barrel Brent and $2.50 per million British thermal units (MMBtu) at the Henry Hub. At these prices, Repsol can generate cash to cover investments and dividends throughout 2030, without increasing debt from current levels, the company said.