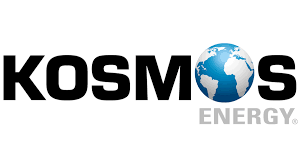 Kosmos Energy, a leading deepwater exploration and production company has recorded a net loss of $50 million in the third quarter of 2020.

“At the end of the third quarter, the company was in a net underlift position of approximately 0.8 million barrels of oil,” the report explained.

Commenting on the company’s third quarter performance, Chairman and Chief Executive Officer of Kosmos, Andrew G. Inglis said: “Kosmos delivered robust operational performance in the third quarter, despite elevated storm activity driving temporary shit-ins in the Gulf of Mexico. Production in Ghana and Equatorial Guinea was in line with expectations, with the reliability improvements seen in the first half of the year continuing into the second half.”

He further explained that with impact of COVID-19 and one of the worst storm season on record in the Gulf of Mexico, full year production is expected to come in at 61,000-62,000 barrels of oil equivalent per day.

With reference to Mauritania and Senegal, Mr. Inglis stressed that the partnership continues to make good progress with Phase 1 of the Torture project expected to be around 50 percent completed by year end.

The operation in that area, he maintained, has put significant effort into optimising Phase 2, which they believe is now the most competitive brownfield LNG market backdrop, adding, “the Torture project is expected to provide an excellent return on investment for Kosmos.”

With what is happening in the Gulf of Mexico, the Kosmos CEO said its financial facility and frontier exploration asset sale to Shell, they have taken additional steps to bolster the balance sheet and have ample liquidity to navigate the current period of low and volatile commodity price.