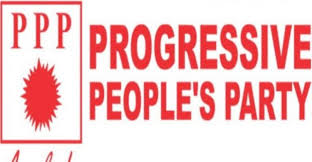 The Progressive People’s Party, one of the opposition political parties in the Republic of Ghana, has promised to double the penetration of renewable energy in the country’s national energy mix from the 10 percent to 20 percent should it win power in the 2020 general elections.

Ghana is a signatory to the Paris Climate Change Agreement and has promised to ensure 10 percent renewable energy penetration in the country’s energy mix.

However, the PPP’s Director for Research and Spokesperson for Energy and Sustainable Jobs, Paul Agyemang Bioh made the party’s intention known at the maiden dialogue series organised by the Institute for Energy Security (IES) that renewable energy should be given the attention.

The dialogue series, which was the maiden edition hosted by the Institute, focused on the Energy Manifestos of the political parties contesting this year’s election.

The dialogue sought to bring together industry players in Ghana’s energy sector to interrogate the various policies and plans of the political parties within the country’s energy sector.

The platform also gave the opportunity to drive the interest and make necessary recommendations in Ghana’s transition from fossil fuel to renewable energy.

Mr. Agyemang Bioh intimated that the proposal by the PPP is in tandem with the current global trajectory of event in the energy sector that has been catapulted by the global pandemic that struck most parts of the globe from February this year.

He said, “The PPP is pushing for not 10 percent but 20 percent of renewable energy capacity in our electricity mix.”

Mr. Agymang Bioh also offered the plan of the PPP on biomass.

He said, “Biomass is heavily used in our rural and peri-urban areas and PPP believes that the push of LPG into this sector will help so that there will be less pressure in our forests.”

Speaking on partnerships and participation in the sector’s growth, he explained that the PPP would work to limit unwarranted political administration interference in the non-policy aspects of the energy sector in Ghana as it seeks to work with players in the energy sector to optimise the existing energy economy for rapid industrialization.