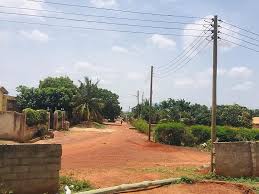 Ghana is faced with a slowdown in electricity access. A review of State documents, including the national “Budget Statements and Economic Policies”, the “Electricity Supply Plans”, and the Energy (Supply and Demand) Outlooks for Ghana, confirms the country is struggling to grow electricity access since 2016.

Driven by growth in demographic requirements, increased urbanization with an ever-increasing technological demand, and the aspiration to transform into a middle-income country, Ghana in 1989 devoted itself to a 30-year National Electrification Scheme (NES) to achieve universal access to reliable electricity supply by 2020. But 31 years after the policy was instituted, there still exist a substantial deficit in electricity access in Ghana. Current electrification rate is about 85 percent, a bit far off the target, with no improvement in sight.

Nevertheless, over the last 3 years the annual access growth rate has seen a substantial decline, from the 2.7 percent recorded before 2017, to a paltry 0.6 percent in the subsequent years. As of end 2019, the country had only obtained a national electricity access rate of 85 percent. Had the country maintained just the annual rate of roughly 2.7 percent, electricity access rate would have been somewhere around 94 percent today – comparable to other countries outside the sub-Saharan African and Asian band.

Government has as a result revised its target, seeking to develop new strategies to push the boundaries to achieve the goal of universal access by year 2025, after failing at 2020. To achieve the objective by the new set year, Ghana may be required to grow annual access rate by at least 3 percent, and in tandem with growth in demographic requirements, increased urbanization, and increase in economic growth.

After growing its power generation capacity, and increasing electricity access through grid expansions, it is now time for Ghana to be religious on its policy goal of 100 percent national electrification, using more mini-grids and stand-alone renewable energy systems as catalyst. The deployment of renewable energy to achieve universal electricity access in Ghana is of course vital in the sense that a considerable proportion of the communities awaiting connection to the national electricity grid are currently difficult to access due to the fact that they are lakeside communities, with others planted on islands that require connection by sub-marine cables.

Ghana: GPGC $164M Judgment Debt: The Inside Story (Part I)