Ghana’s second largest power generation company, Bui Power Authority’s (BPA), is set to commission the first phase of its 50MWp solar power park in the Bono Region in the Republic of Ghana.

The 50MWp solar power park, which is situated on 200 acres of land (equivalent of 151 football pitch), is in two phases.

The BPA targeted 10MWp out of the 50MWp for the first phase but the Authority has surpassed it and as at last week, it had installed more than 15MWp.

Briefing the press after the Board of BPA inspected the facility, its Chief Executive Officer, Fred Oware said they are targeting to install between 20MWp and 25MWp, adding that “this will be commissioned in the middle of November.”

He said after the commissioning of the first phase, they would continue to add on until they reach the 50MWp target.

“We’re going to have 100megawatts on this site and will do it in 50s. But even with the 50MW, we will do them in bits, so we planned to do 10MWp but currently we have surpassed that,” he said.

Explaining the broad vision of the Bui Power Authority, regarding renewable energy to energynewsafrica.com, Mr Oware said the Authority has planned to construct a solar park with a capacity of 250 megawatts.

He explained that apart from the 50MW solar park, which is currently ongoing, they are also constructing 1MW floating solar park on the reservoir of the Bui Dam.

Mr Oware said the 1MW floating solar park is scheduled to be completed by the end of this year, adding that the Authority intends to scale it up to 5 megawatts.

He said the Authority has also acquired sites in the Northern Regions and is planning to undertake solar projects including wind power by next year.

According to him, per the Authority’s plan, it would be able to develop 2500MW of renewable energy in line with the government’s vision to ensure that 10 percent of the country’s energy mix is from renewable.

Touching on the journey towards the construction of the solar power park, Mr Oware said, initially, some staff of the Authority were not in support, but along the line, they came to appreciate the need for the project.

On how the covid-19 pandemic impacted on the project, he said way back in December, when it became obvious that the covid-19 could be a global problem, the Authority started putting in place measures to avert its impact on the project.

Among the measures the Authority instituted were that no staff was allowed to go outside the project site and also banned entry of outsiders from visiting the project site including family members of the workers.

He commended the engineers and all the staff for rallying behind him to see the project on course.

Board Chairman of BPA, Amb. Afare Apeadu Donkor who said he was satisfied with the state and progress of work, also commended the staff for working to ensure that the project was completed to add on to the country’s energy mix.

Other Board Members who were present at the inspection of the facility are Mrs. Sylvia Maria Asare,Dr Adams Sulemana Achanso, Mr Kwaku Bowiansa Abrefa and Mr Gabriel Osei (MP).

Earlier, this year, the Director of Renewable and Alternative Energies at the Ministry of Energy, Wisdom Ahiataku-Togobo who led a team from the Ministry to tour the facility, said the team was impressed by the level of progress and was hopeful that the first phase would be completed as planned.

He commended the Bui Power Authority for giving Ghana value for money by using quality materials for the project.

Mr. Ahiataku-Togobo noted that the project formed part of the government’s efforts toward increasing the penetration of renewable energy (RE) by 10 percent by 2030 as outlined in the Paris Agreement of Ghana’s Intended National Determine Contribution (INDC).

The successful completion of the Bui Power Authority’s project will play a significant role in achieving the government’s target for 2020.” 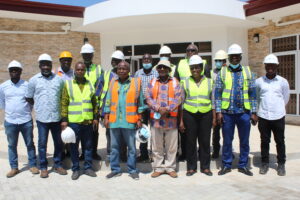 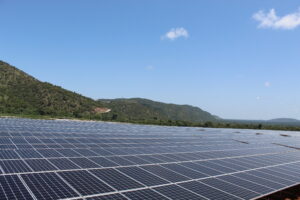 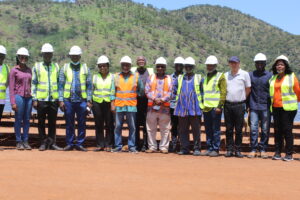 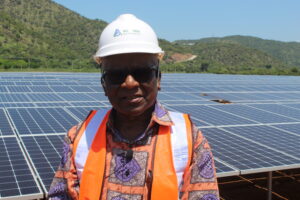 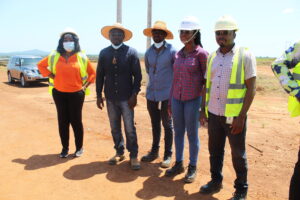 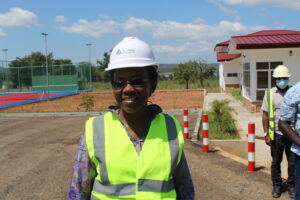