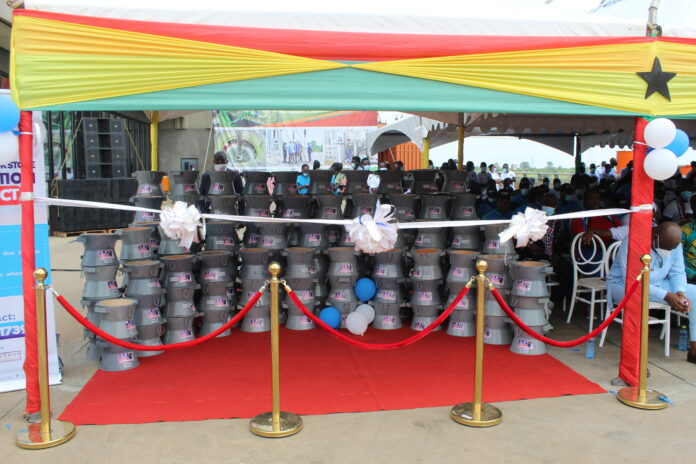 The Government of Ghana, through the Ministry of Energy, will be distributing 500,000 improved charcoal cooking stoves to households across the West African nation.

The improved charcoal cooking stoves project is aimed at mitigating the impact of carbon dioxide emissions into the atmosphere.

The project is funded through a grant of US$5.5 million provided by the East-West Power Corporation, the Climate Change Center (CCC) and the Government of South Korea.

Speaking at the launching of the improved at Akuse in the Eastern Region alongside the commissioning of Kpong Generating Station Retrofit Project, Mr. Amewu said the project is in exchange of Certified Emission Reduction (CER), assuring that the distribution of the cook stoves would follow the United Nations Framework on Climate Change Convention (UNFCCC).

According to Mr Amewu, his Ministry, in collaboration with the Ministry of Environment, Science, Technology and Innovation, has put in place the required frameworks to ensure proper accountability of the project.

“This is the first phase and the success of Ghana’s business model will not only be a blue print for other member states in the sub-region to emulate, but also lead to the implementation of a second phase of another 500,000 stoves,” he said.

Mr Amewu charged the District Assemblies and the beneficiary households to comply with the distribution mechanism and requirements to ensure the success of the project.


On his part, the Korean Ambassador to Ghana, H.E Kim Sungsoo said, “We believe that this project will improve the health of beneficiaries as the biomass combustion in the household will decrease. Secondly, the initiative would help to reduce deforestation in Ghana and provide jobs for Ghanaians.”

He noted that climate change is real and its impact has resulted in major losses in infrastructure, animals and even human lives. “Therefore, we must all help in dealing with the issue of climate change since it does not consider any boundaries; it affects everyone regardless of race, gender, age and country,” he said. 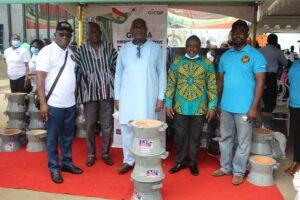 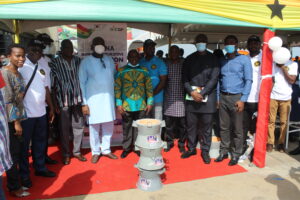 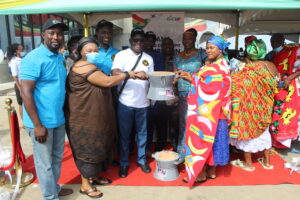