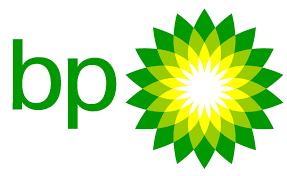 Oil major BP on Tuesday reported a small profit for the third quarter of 2020 compared to a huge loss in the previous quarter.

BP said that, compared to the previous quarter, the result benefitted from the absence of significant exploration write-offs and recovering oil and gas prices and demand.

This was partly offset by a significantly lower oil trading result.

Organic capital expenditure in the first three quarters of 2020 was $9.1 billion, in line with the full-year target of around $12 billion.

BP continues to make progress towards its target of $2.5 billion in annual cash cost savings by end-2021 compared with 2019, with its new organization on schedule to be in place by the start of 2021.

BP’s headcount has reduced by a total of around 2,800 so far during 2020, including around 300 who have already left the organization as part of the reinvent bp programme.

A further 2,100 have elected to leave under the programme, which is expected to result in a total reduction of around 10,000 positions, the majority by the end of this year.

BP expects to incur people-related costs associated with the reinvent programme, including redundancy payments, of around $1.4 billion over the next 1-2 years, primarily in 2020.

The ongoing impacts of the COVID-19 pandemic continue to create a volatile and challenging trading environment.

There have been some early signs of global economic recovery as countries move to more regional or localised restrictions on movement and governments continue to offer monetary and fiscal policy stimulus.

However, BP noted that the shape and pace of the recovery is uncertain, as it depends on the further spread of the pandemic.

The gradual recovery in oil demand seen since the spring looks set to continue, led by strengthening demand in Asia. The IEA estimates an increase of around six million barrels a day in 2021, as economies continue to open up.

OPEC+ production cuts have played a major role in stabilising the market and there is already a reduction in crude and product inventories. Inventories are likely to reduce through 2021, although the pace at which they normalise will depend on the strength of the economic recovery and the degree of continued OPEC+ compliance, BP said.

US gas supply is expected to continue on a declining trend in 2021, largely due to a drop in associated gas production. Tightening gas balances have caused the prompt price to rise, and the futures curve for Henry Hub now averages above $3 for 2021. This would be expected to provide some support to pricing in Europe and Asia until more gas comes to market.