He was given the stool name Semanhyia Osadeayo Nana Ababio Oware.

Mr. Oware was the first Chief Executive Officer of Bui Power Authority under the erstwhile Kufour-administration.

He was reappointed in 2017, when the New Patriotic Party, led by President Akufo-Addo, came into power.

The Chief of Bui, Nana Kwadwo Wuo II, who presented a stool and citation, indicated that Mr. Oware has personally done a lot for Bui enclave, as well as Bui Power Authority under his leadership. 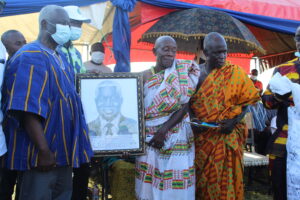 He added that, through the effort of Mr. Oware, Bui Power Authority has given jobs to most of the youth in the area. 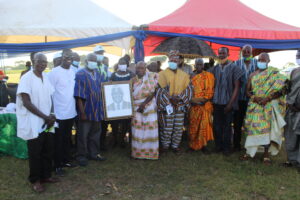 Nana Wuo II further stated that Mr. Oware distributed dustbins to all the household and this, he said, has helped improve sanitation situation, saying it has stem diseases such as malaria and cholera.

Fred Oware thanked the chiefs and elders of Bui for recognising his contributions in the community and honouring him. 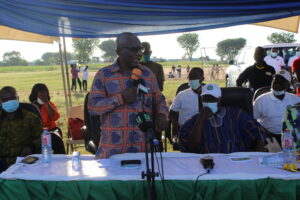