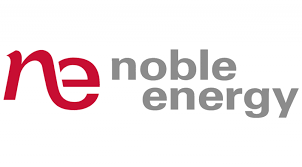 Stakeholders of Noble Energy have approved a deal to sell the oil and gas producer to Chevron Corp.

This makes Chevron the No. 2 U.S. shale oil producer and giving it international natural gas reserves close to growing markets.

The all-stock deal values Noble Energy at around $4.1 billion, excluding $8 billion in debt, and the vote cements the first big energy deal since the coronavirus crushed global fuel demand.

The addition of Noble will boost Chevron’s U.S. shale oil holdings, making it the No. 2 producer behind EOG Resources, according to data from Rystad Energy.

Noble’s Leviathan in Israeli waters, one of the world’s biggest offshore gas discoveries of the last decade, began pumping gas from the field late last year.

While 89% of Noble shareholders voted in favor of the deal, just 60% voted for merger-related executive payouts, according to regulatory filings.

Proxy adviser Glass Lewis had recommended voting for the deal but against “excessive” executive payments, which would be triggered by the sale of the company.

The deal has become even cheaper for Chevron since it was announced in July with a value of $5 billion, as shares of both companies have traded down alongside oil. The deal is worth about $4.1 billion based on Friday’s closing price for Chevron of $71.19. Noble investors will receive 0.1191 shares of Chevron for each Noble share.

Activist investor Elliott Management Corp, which took an undisclosed stake in Noble but never came out publicly against the deal, declined on Friday to say how it voted its shares or whether it has sold or kept its stake.

The deal is expected close early this quarter.

It comes during a tumultuous year for the oil and gas industry and “the hurdles remain high for corporate deals,” said Jennifer Rowland, analyst with Edward Jones. “Any deal that requires significant cost savings or a higher oil price to justify the price paid will not be well-received.”

Chevron last year walked away from a deal for Anadarko Petroleum and took a $1 billion break fee, a decision that looked even better as oil prices cratered.