Ghana’s Minister for Energy, John Peter Amewu has cut sod for the construction of three mini-grids solar power project to connect three island communities in East Ada District in the Greater Accra Region in the Republic of Ghana.

The three mini-grids, with each having a capacity of 50kVA, when completed would deliver green and sustainable electricity to about 300 households or about 2,100 people and 30 micro, small and medium enterprises (MSMEs) in Alopkem, Azizakpe and Aflive communities.

The project which is being funded with a US$2 million grant from the Swiss Government would be executed by Messrs Techno Trama Ambienta of Spain.

Speaking at the sod cutting ceremony, Mr. John-Peter Amewu said when the project is completed, it would be handed over to the Volta River Authority whose mandate covers the operations and activities on the Volta River, own, manage and operate all the mini-grid facilities on islands in the Volta River.

According to him, the project forms part of the last mile electrification strategy of the government to provide access of electricity to islands and lakeside communities where grid extension is a major challenge.

He explained that government is implementing the rural electrification scheme to make electricity available and affordable to stimulate economic activities in all rural communities in the country.

However, for island and lake-side communities where grid electricity cannot be extended in the immediate future, the strategy is to deploy decentralized mini-grid systems similar to what is at Pediatorkope. 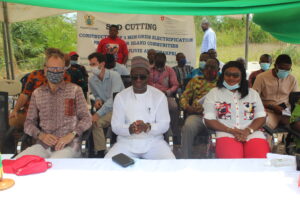 “The beneficiary communities have already been selected and sites for installation works identified. Procurement process is underway for the award of contract to install and connect approximately 4000 households in these Districts,” he said.

Mr. Amewu who commended the Swiss Government for providing funding for the project charged the contractor to execute the project as quickly as possible and in strict adherence to all the quality standard measures in the contract as well as Covid-19 protocols.

Deputy Minister for Energy in charge of Power, William Owuraku, who said feasibility studies for the construction of mini grids electricity in the area was done about four years ago, was excited that the three inland communities are going to be connected to electricity just as it had been done for those in Pediatorkope.

He pledged his commitment to ensure that the project is executed on schedule.

The District Chief Executive for East Ada, Sarah Dugbakie Pobee, who commended the Ministry of Energy and the Swiss Government for the funding, urged the beneficiary communities to lend their support for the contractors to ensure that the project is completed on time. 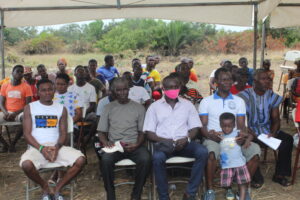 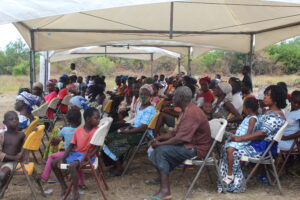