Latest Comparative Analysis Of The 2020 Manifestoes Of The NDC And NPP From...
Facebook
Twitter
WhatsApp
Email
Print 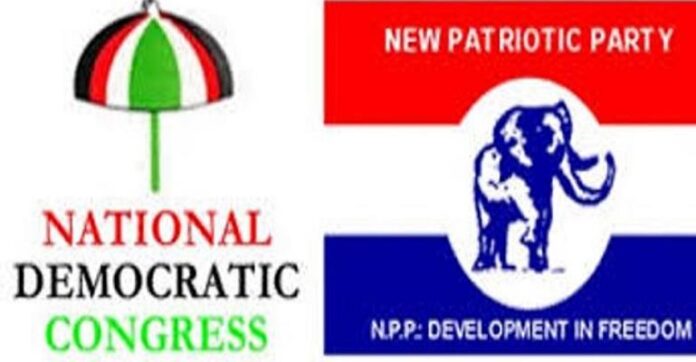 Across the world, we are noticing technological growth globally, which has become the driving principle rendering renewable energy as the preferred energy source. There is overwhelming literature to support that renewable energy comes at a cheaper cost compared to fossil fuel.

Data from the International Renewable Energy Agency (IRENA) suggest that more than 50 percent of the renewable capacity added in 2019 achieved lower electricity costs than new coal.

According to the body, solar photovoltaics (PV) reveals the sharpest cost decline over 2010-2019 at 82 percent, followed by concentrating solar power (CSP) at 47 percent, onshore wind at 40 percent, and offshore wind at 29 percent. In addition, electricity costs from utility-scale solar PV dropped 13 percent year-on-year, reaching nearly 7 cents (US$0.068) per kilowatt-hour (kWh) in 2019. Onshore and offshore wind both fell about 9 percent year-on-year, reaching US$0.053/kWh and US$0.115/kWh, respectively, for newly commissioned projects.

The International Energy Agency (IEA) has identified renewable energy sources as the least expensive modes to achieve universal electricity access in many parts of the world. In addition to increasing grid-connected electricity generation from renewables, declining costs of small-scale solar PV for stand-alone systems and mini-grids is vital in helping deliver affordable electricity access to millions. This according to the body is especially the case in remote rural areas in African countries, home to many of the population still deprived of electricity access.

The country’s National Energy Policy (NEP) objective of using renewable energy for 10 percent of total energy production by 2020 has been extended to 2030 because Ghana failed to put in the right policies toward the achievement of the goal. In addition, current electrification rate is about 85 percent, a bit far off the target, with no improvement in sight.

To be able to achieve a universal electricity access by the new set year 2025 Ghana may be required to work hard to grow the annual access rate by at least 3 percent. This growth is largely feasible with the support of renewable energy sources because a considerable proportion of the communities awaiting connection to the national electricity grid are currently difficult to access because they are lakeside communities, with others planted on islands that require connection by sub-marine cables.

It is therefore evident that the country failed to meet it initial target of universal electricity access by 2020 because it also failed to meet its 10 percent deployment of renewable energy by 2020.

Although, Ghana abounds with renewable energy resource potential, particularly biomass, solar and wind, and to a lesser extent small and mini-hydropower (IRENA, 2020), Ghana’s Energy Ministry admits that the bulk of this potential remain largely untapped. After continuously increasing power generation capacity from largely thermal sources, and increasing electricity access through grid expansions, it is now time for Ghana to be religious on its policy goal of 100 percent national electricity access using renewable energy as a catalyst.

It is imperative to say that if Government must meet its National Energy Policy objective of using renewable energy for 10 percent of total energy production by its new set target for 2030, then it ought to do more than what the country is currently experiencing.

One of best ways of ascertaining Ghana’s commitment to ensuring renewable energy as an important part of the energy mix is to assess the manifestoes of the political parties. Consequently, these manifestoes can give us a glimpse of the future. The comparative analysis of the manifestoes of the two major political parties in Ghana; the National Democratic Congress (NDC) and the New Patriotic Party (NPP), to ascertain who has superior policies in the area of renewables.

The NDC promises to deliver a golden age of renewables surpassing the 10 percent of the energy mix specified in the Renewal Energy Act. The political party then outlines eight (8) ways to surpass the 10 percent target. The NDC posit that it will establish a Renewable Energy Commission, to give focus on campaign for renewables; accelerate the development of grid-connected solar, wind and biomass plants; encouraging the use of Roof-Top Solar by artisans and small businesses. Additionally, the party will require all new government buildings to incorporate solar systems in their designs, cost and implementation; retrofit existing government buildings with solar systems. These they hope to achieve by providing incentives for investment in the manufacture of solar panels and accessories in Ghana, including removal of import duties on solar equipment and accessories; encourage private businesses and public institutions to use solar power and promoting the teaching of courses in renewable energy in Technical and Vocational Education and Training (TVET) institutions.

On the other hand, the NPP on renewable energy promises to implement measures to reduce significantly the cost of power and to make it the most competitive in West Africa for industrial use. In particular, the NPP will review and restructure our energy-mix to generate cheaper sources for industries, including gas and renewable energy.

Furthermore, the NPP will increase proportion of renewable energy in the national generation mix.

A comparative analysis of the two manifestoes under review shows that both parties acknowledge the importance of renewable energy in the energy mix. The NDC proposes to establish the Renewable Energy Commission (REC) to focus on advocacy for renewables. This is welcomed especially when one considers the low level of penetration of renewable energy in the energy mix. However, an establishment of the REC should not be limited to advocacy but regulatory purposes having regard to the licensing and regulatory regimes of power in the country. Focusing on REC’s mandate beyond advocacy will aid investors to readily acquire the needed licenses to establish, expand and improve renewable energy plants. The promise to establish the Commission is commendable because it will give renewable energy the needed traction and attention as an emerging reliable and cheapest source of power.

It is proposed further that the key ambitions of the REC should be to accelerate significant investment in the development and commercialization of renewable energy. The REC must encourage key stakeholders to deepen their support of renewable energy as part of the future energy mix in a fashion akin to the world Hydrogen Council― the global initiative of leading energy, transport and industry companies with a united vision and long-term ambition for hydrogen to foster the energy transition.

Further the two-prong approach of the NDC of retrofitting existing government buildings with solar systems and providing incentives for investment in the manufacture of solar panels and accessories in Ghana, including removal of import duties on solar equipment and accessories will gladly aid in penetration of renewable energy. Despite the great approaches contained in the NDC manifesto on renewable energy, it is silent on the elements of cost and timelines.

In contrast to this acknowledgment, the NPP is silent on how they will increase proportions of renewable energy in the national generation mix. On August 06, 2020, the government was reported to “have placed a complete moratorium on the renewable energy” because of cost. The manifesto failed to outline concrete steps to lift the moratorium or suggest concrete measures it will undertake to increase renewable energy in the energy mix. The NPP’s manifesto can best be described as a manifesto that intends to maintain the status quo due to inadequate policy prescriptions in the short term (at least for the next four years).

Evidently, the NPP manifesto contains no convincing vision for renewable energy in their next term of office and it is projected that we may miss the 2030 deadline set for achieving the National Energy Policy objective of using renewable energy for 10 percent of total energy production should the NPP retain power. The party’s plans for renewable energy is blared by statements by both government functionaries and top executives at the Energy Ministry. A typical example is the recent statement by no less a person but the Director of Renewable and Nuclear Energy, Wisdom Ahiataku-Togobo, to the effect that “the boom in solar and other renewable energy usage could threaten the viability of the nation’s power distributor”.

In effect, renewable energy adoption is seen by the NPP as threat, instead of accepting it as presenting healthy competition to the traditional power systems or sources, offering a cheaper electricity cost for industries, and the best opportunity for the ECG to be operationally efficient.