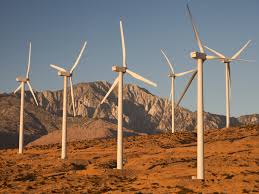 The Spanish energy company, Elecnor, has withdrawn from the Boulenouar wind power project in Mauritania after helping to set up the consortium responsible for the development of the clean energy project.

Its shares in the project has, thus, been bought by the German company, Siemens, which remains in the consortium with its partner Siemens Gamesa Renewable Energy, a company based in Zamudio, Spain.

Elecnor has not given any reasons for its departure.

However, media report suggests that the company’s withdrawal has aroused the curiosity of observers, as the Boulenouar wind power project is expected to build the largest clean energy production facility in the country.

The promoters of the project have already received an investment promise of 120 million euros from the Arab Fund for Economic and Social Development (AFESD), a financial institution, part of the Arab League.