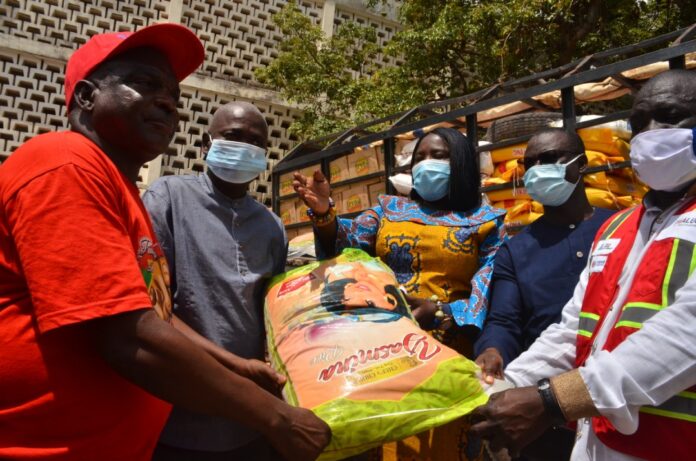 Ghana’s largest power generation company, Volta River Authority (VRA), has sent some relief items to persons who have been affected by floods in the Upper East Region in the Republic of Ghana.

Thousands of residents in the Upper East Region of the West African nation have been badly hit by floods, following the spillage of the Bagre Dam by Ghana’s northern neighbour, Burkina Faso.

Ghana: PDS Denies NDC’s Claim Of Scheming With Government To Take Back ECG

VRA, which is the implementing agency for the construction of the Pwalugu Multi-purpose Hydro and Irrigation Dam with solar facility in both the Upper East and North-east Regions, thus, found it needful to support the victims to relieve them of their pain.

The items, which cost the state power generation company thousands of Ghanaian cedis, was presented by the Managing Director of Northern Electricity Distribution Company (NEDCo), Dr Osman Ayuba, on behalf of the VRA, and they included 260 bags of rice, 210 gallons of oil, 260 cartons of milk, 210 boxes of sugar and tin of tea beverage.

Speaking to the media in Bolgatanga, the Senior Government and Public Relations Officer for the Pwalugu Multi-Purpose Dam Project, David Prah mentioned that the food items to the flood victims formed part of VRA’s Corporate Social Responsibility (CRS) which is enshrined in its motto of ‘Adding Value to Lives’ especially at the areas the VRA operates.