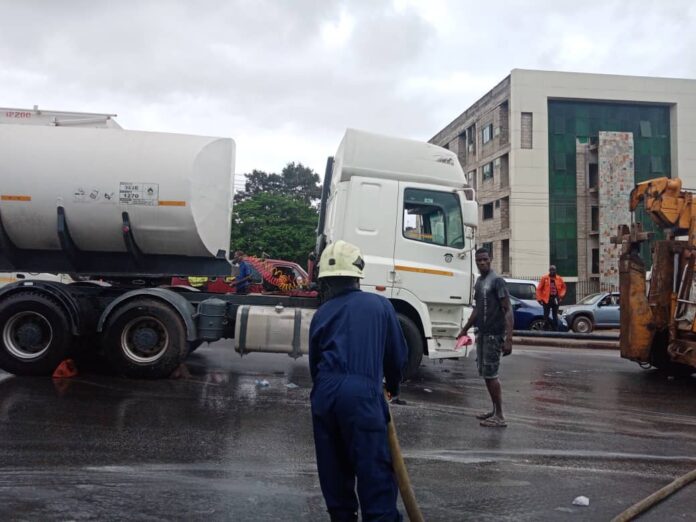 The timely intervention of personnel of the Ghana National Fire Service in Kumasi in the Ashanti Region of the Republic of Ghana saved a fuel tanker from total burning.

The incident happened on Saturday morning at Anloga Junction, a suburb of Kumasi.

This incident comes barely a day after a similar incident happened at the main gate of the Presbyterian SHS at Akwapem Mampong in the Eastern Region.

Speaking to the media, AD O1 Eric Mensah from the Tech Fire Service Station, said the Fire Service received a distress call that there was an inferno opposite the police station at Anloga Junction and, quickly, they moved to the scene.

At the scene, the personnel realised that a fuel tanker was in some flames but the driver managed to disconnect the battery terminals.

This, he explained, helped to prevent the fire from escalating.

According to the officer, they detected that some loose wires in the engine touched one another, thereby, triggering the fire.

The tanker had since been towed by the National Road Safety Commission to allow flow of traffic.