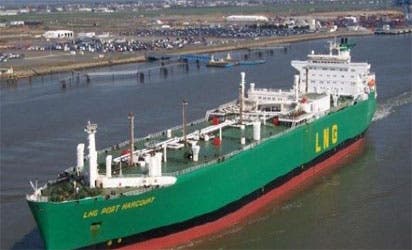 Nigeria has started the export of 950,000 metric tones of the Liquefied Natural Gas (LNG), worth N354 billion to the global market.

According to data from the Nigerian Port Authority, the product was exported by 16 vessels to various ports around the world in the past few months.

The Train 7 plant under construction would on completion increase the production capacity from the current 22 million metric tons to 30,000 metric tons per year and creates over 12,000 jobs direct and indirect jobs.

The company would also generate additional revenue to the government in dividends, taxes and feed gas purchases and will further reduce the level of gas flaring in the country.