Ghana’s petroleum downstream regulator, the National Petroleum Authority (NPA), has launched the pilot phase of the Cylinder Recirculation Model (CRM) in Yendi in the Northern Region of the West African nation.

This will lead to the rollout of a nationwide ‘door-to-door’ distribution of gas distribution in the country.

The pilot is the third after a similar exercise in the Eastern and Ashanti regions.

Speaking at the ceremony held under strict Covid19 protocols, Alhassan Tampuli, Chief Executive of the Authority, said Ghanaians would be encouraged to fully participate in the rollout.

He said the safety inspection division of the Authority would be at hand to assist with the required safety features of distribution outlets. 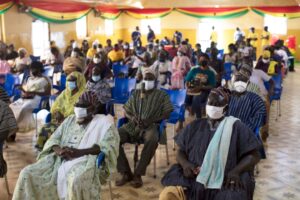 On the choice of Yendi for the pilot, Mr Tampuli said the municipality was selected because it links major towns such as Salaga and Bimbilla, which are commercially viable towns in the northern part of the country.

Chairman of the Pilot Implementation Committee, Kwaku Agyemang-Duah, who is also the Chief Executive of the Association of Oil Marketing Companies, was confident the team would continue to learn lessons from challenges picked from previous pilots programmes to ensure they are addressed. 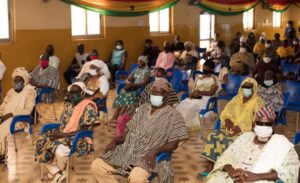 “We do pilot to help guide us identify problems and fix them as we go along,” he said.
Chief Executive of Yendi Municipal Assembly, Alhaji Hammed Abubakari Yussif dispelled claims that the programme would disrupt the business activities of those in the sale of firewood.

“This is a safer way of addressing the associated health issues in the firewood business,” he said. 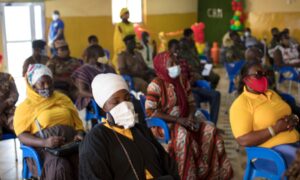