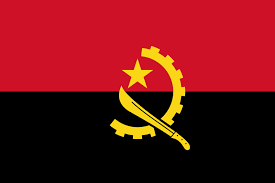 OPEC+ decision to crack whip on its cheating members has sent shivers to the spine of oil producing Central Africa nation, Angola, to express its readiness to cut oil output.

Three weeks after a crackdown on members of the oil coalition lagging in their delivery of promised oil output cuts, the last main straggler has given assurances that satisfy the group’s leadership.

Angola, a Central African oil country, has sent a new letter to OPEC’s president committing to full compliance with its output target, as well as additional cutbacks in compensation for earlier cheating, according to a delegate who asked not to be identified.

The follow-up correspondence this week, combined with signs that Luanda has cut loading programmes, has assuaged concerns about Angola’s commitment.

The assurances from Angola, plus data showing other lagging countries implemented a larger share of their cuts in June than May, suggest the issue of compliance will be less contentious than recent OPEC+ meetings.