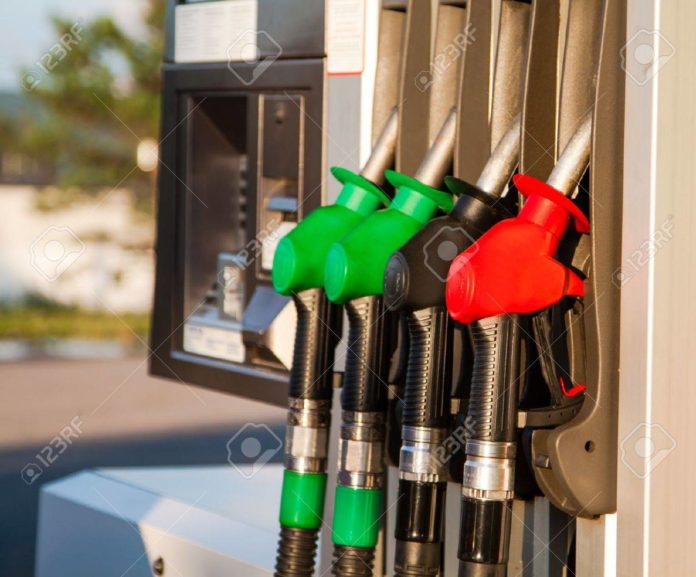 The revision and the neutralization of the Price Stabilization and Recovery Levy (PSRL) aimed at reducing the impact of rising oil prices on the international market on Ghanaian consumers, and the downward review of the Special Petroleum Tax (SPT) in 2017, were just not enough to stop Gasoil and Gasoline prices from jumping by close to 34 percent since January 2017, to sell at Gh¢5.39 per liter in February 2020.

Today, fuel prices are at unprecedented levels, the SPT is yet to be scrapped, and fuel prices are set to go up further, as global economies begin to re-open. Already the price of both Gasoil and Gasoline is gone up by close to 8 percent within the last two weeks, and is set to rise again in few days.

Some sections of the public including unionized drivers and the Minority Caucus in Parliament have been calling on the government to reduce fuel prices. Drivers in particular have indicated to government of a possible increment in transport fares, anytime there have been significant increases. The Chamber of Petroleum Consumers (COPEC) have had a cause at a point to petition the Speaker of Parliament over the price increases.


Following the recent upward adjustments, drivers across the country are blaming the Government for the increase, suggesting that further increases in fuel prices will cripple their business. However some, including Dr. Adu Owusu Sarkodie Lecturer at the University of Ghana’s Economics Department, thinks the recent call to the Government to reduce fuel prices may be an illegitimate one, explaining that the increase or decrease in fuel prices is based on a deregulation system and not on Government’s actions. He however admitted that the Government can only be involved when it comes to reducing levies or taxes that could possibly increase the price of fuels.

The surges in domestic fuel prices have been occasioned in sharp contrast to the promise given by the then candidate Nana Akufo-Addo during the 2016 election campaign. In the events leading up to the 2016 Parliamentary and Presidential election in Ghana, fuel prices became a topical issue in the country. It gained traction when the former Finance Minister Mr. Seth Tekper presented the 2015 budget to Parliament, and introduced a Special Petroleum Tax (SPT) of 17.5 percent in the 2015 fiscal year. At the time, Mr. Tekper argued that the introduction of the tax was necessary to shore up government revenue as Crude oil prices had tumbled below US$30 per barrel as against government projected price per barrel.

The explanation as offered by the past government through its functionaries was taken with a pinch of salt by their opponents who are now in the driving seat. The present government described the SPT as nuisance tax, and labeled the past government as insensitive to the plight of Ghanaians. On the basis of this, the then candidate Nana Addo Dankwa Akufo-Addo campaigned, and promised Ghanaians that he would scrap the SPT and reduce fuel prices for Ghanaians when voted into office.

If the President’s (then candidate Nana Akufo-Addo) claim of having capacity to reduce fuel prices is anything to go by, then one can easily and confidently conclude that the government is to be blamed for the persistent increases in the price of fuels in Ghana. End of story, right?

However, in interrogating the issue, fair-minded Ghanaians would appreciate that it is partially untrue that government is to blame. Just that politicians by their very nature would always want to play the Petro-politics with fuel pricing, because they understand the extent to which fuel prices play in attracting votes in Ghana today. Fair-minded Ghanaians would admit that beyond what government can do, such as cutting taxes and levies, and activating mechanisms such as the “strategic fuel stock”, and the “Price Stabilization and Recovery Levy (PSRL)” to manage domestic fuel price shocks, there are other key factors that falls outside the control of government.

Just like any other commodity such as wheat, gold, salt, coffee, and cocoa, the price of crude oil is basically determined by supply and demand which are largely influenced by speculators, politicians, commodity traders and cartels alike.High fuel prices are basically the creation of high crude oil prices on the international markets, as for instance crude oil costs account for roughly 54 percent of the price of regular Gasoline. The remaining 46 percent may be attributed to the refining, distribution and marketing, and taxes on the products, which are more stable. And so when the price of crude oil rise, one can expect prices of the refined products to rise on the global market in due course.

Supply and demand, commodities traders, and the value of the dollar may influence the average price of the fuels on the global market. However, the differences in prices on the domestic market across various countries are due to the various taxes and subsidies imposed on these fuels by respective governments.Ordinarily, a government would wish to apply subsidies on fuels like Gasoline and Gasoil to score political points, as it reduces the price of these commodities. However, imposition of taxes is the preferred choice among the two measures because of the essential nature of the commodity.

For instance, if the price of ice cream is increased by 30 percent, it is likely you would stop buying ice cream because it’s not a necessity, but more of a luxury. However, if the price of Gasoline at the pump is increased by same margin, you would still buy. Although one may not be happy about the price increase, but you would still fill up your tank. Why? Because Gasoline is an essential good, necessary for your daily routine. This is the very reason for which politicians would keep imposing taxes on fuels to raise revenue, even if they promised the opposite.
Aside the taxes and levies, one other key variable that also impact on how much domestic consumers may have to pay, is the value of the local currency against the Dollar; the major trading currency for crude oil and fuels. The depreciation of local currency against major trading currencies adds an extra cost to domestic fuels.

In economies like Ghana and India where the fuel markets are deregulated, consumers have had to pay for the full cost of fuel consumed as dictated by the key variables, such as the average world oil price, supplier’s premium, freight and insurance premium, foreign exchange exposure, and taxes/levies. Average Brent crude price as recorded in quarter 1 of year 2017 (US$400.44 per metric tonne) is not much different from figure recorded in quarter 1 of year 2020 (US$389.95 per metric tonne), just a 2.6 percent drop. Also the average Gasoline price recorded on the international market in quarter 1 this year (US$541.32 per metric tonne) is 10.6 percent lower than the price recorded in quarter 1 in year 2017. And although the average price of Gasoil on the international market remain almost constant compared to quarter 1 2017 and quarter 1 2020. Ans so basically prices of oil and fuel on the international market hasn’t changed much, except for Gasoline which has dropped by 10.6 percent in favour of buyers.

In spite of the relative price stability on the international market, the prices of Gasoline and Gasoil on the domestic market has seen a significant rise between quarter 1, 2017 and quarter 1, 2020. Both Gasoline and Gasoil prices recorded a surged in excess of 30 percent to sell at roughly Gh¢5.2 per liter at a point in time. The current national average price of GH¢4.38 per liter for both Gasoline and Gasoil have only been occasioned by the coronavirus pandemic which sent international oil and fuel prices plummeting. However, the gains consumers have so far enjoyed February may be eroded, as the prices on the international market have taken an upward journey since end May.

The current high prices paid by for consumers in the country can therefore be largely attributed to the fast depreciation of the Ghana Cedi against the US Dollar, which sold at roughly Gh¢4.3 in January 2017 but currently being traded at Gh¢5.7 plus; compelling importers and marketers of the fuels to pass on to consumers all the costs associated with bringing the products to the pump, including the foreign exchange exposure.
Also even though some taxes such as the Special Petroleum Tax (SPT) on fuels saw a downward review in 2017, there have been some upward review of taxes and levies such as the Road Fund Levy (RFL), the Energy Debt Recovery Levy (EDRL), and the Price Stabilization and Recovery Levy (PSRL) in August 2019; as well as the recent upward adjustment in the BOST Margin.

And so even though fuel prices is deregulated for market forces to dictate price, and to ensure full cost recovery, the government have the sole mandate to manage the forex risk, and the taxes/levies imposed on fuels. And so can partly be blamed for the higher prices we are seeing at the pump, since it could influence fuel prices positively and in favour of consumers by turning its attention to the taxes/levies, and also strengthen the local currency against major trading currencies.

The writer has over 23 years of experience in the technical and management areas of Oil and Gas Management, Banking and Finance, and Mechanical Engineering; working in both the Gold Mining and Oil sector. He is currently working as an Oil Trader, Consultant, and Policy Analyst