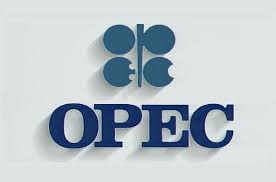 The OPEC+ technical committee that met on Wednesday did not make any additional recommendations for further cuts in oil production.

Rather, it focused on members, who are failing to adhere to the current agreement,

Another purpose of the meeting was to review the impact of the cut.OPEC’s second-largest producer, Iraq, is also historically the least compliant member of OPEC+.

Nevertheless, even Iraq has made significant cuts in its crude oil exports this time around.

Exports from Iraq fell by 300,000 barrels per day (bpd), or by 8 percent, in the first two weeks of June compared to May.

These figures suggest that Iraq is continuing to improve on its compliance with the record production cuts, thanks in part to some sound strong-arming from Russia and Saudi Arabia, who refused to sign onto another month of high-level production cuts unless the laggard members do their part.

But coming closer to the agreed-upon cuts in June is two months too late—for a two-month pact.
According to the OPEC+ sources, Iraq, along with Kazakhstan, is expected to present at today’s JMMC meeting their plans for how they will make up for the extra barrels they produced in May and so far in June.
The group will likely expect the laggard members to make up for their overproduction, barrel for barrel, in July and August.

The OPEC+ cuts of 9.7 million barrels per day have had a modest positive effect on oil prices so far, not least because the amount of crude oil in storage around the world is still rather excessive. And there are growing fears, including within the oil industry, that some of that lost demand is not coming back anytime soon.