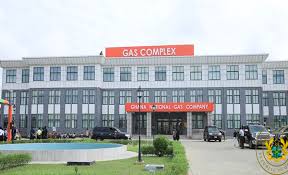 The African Centre for Energy Policy (ACEP), an energy think tank in the Republic of Ghana has asked the Akufo-Addo administration to make the country’s National Gas Company (GNGC) a subsidiary of the Ghana National Petroleum Corporation (GNPC) as a response to the implementation of the Gas Master Plan.

“The optimal option for achieving results in the oil and gas sector for Ghana is to pursue the top-down integration model with GNPC at the top as an anchor. This allows GNPC to support subsidiaries along the value chain with their balance sheet. This also requires that GNPC is refocused to invest its money in the core oil and gas business as has been done by other integrated national oil companies,” ACEP argued in a statement copied to energynewsafrica.com.

The energy think tank said it has sighted a letter dated May 11, 2020 from the Presidency, endorsing and approving a proposal by the GNGC to assign the role of gas aggregator to the company, with further instructions for the expeditious implementation of the proposal by the Minister of Energy.

The original proposal is contained in another letter dated May 5, 2020 to the Minister of Energy with the following in copy; Minister of Finance, the Executive Secretary to the President, Board Chair of GNGC, CEO of Ghana National Petroleum Corporation (GNPC), Director General of State Interest and Governance Authority (SIGA), the Deputy Ministers and Chief Director of the Ministry of Energy.

However, ACEP has kicked against this move and further suggested to the government to rather make GNGC a subsidiary of GNPC as a response to the implementation of the Gas Master Plan.

“The Gas Master Plan recommended that GNGC becomes a subsidiary of GNPC, with GNPC performing the role of a gas aggregator. According to the master plan “The decision to appoint GNPC as the aggregator of gas and making GNGC a fully owned subsidiary of GNPC will improve coordination in the sector and facilitate infrastructure investment and financing.”

Virtual pipelines: What Role Could They Play In Africa (Article)

“This in addition to the security requirement by the OCTP partners informed government’s decision in 2015 to make GNGC a subsidiary of GNPC which was subsequently implemented in July 2016. Unfortunately, the merger only lasted for five months and abandoned after a change of government.

“The proposal to make GNGC the gas aggregator is therefore not in line with the country’s Gas Master Plan which is a product of institutional and stakeholder consultation with support from USAID. This should not be altered at the wish of one party in the value chain. Abandoning the Gas Master Plan deflates the confidence of Development Partners in financing future policy development.

“Transferring the role of an aggregator to GNGC also introduces significant risks for upstream investment and the power sector. The weak balance sheet of GNGC makes it unattractive to the investor community which has implication for exploration and production. The coincidence of the policy change with the challenging global oil industry on the back of COVID19 further exposes the country to high investment risks,” the statement said.