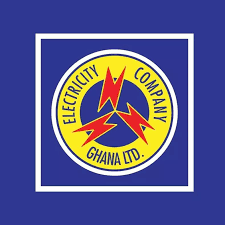 Ghana’s power distribution company, the Electricity Company of Ghana (ECG), has confirmed payment of the Government of Ghana’s (GoG’s) indebtedness.
It said the payment was made at the end of December 2019.

This follows controversy surrounding the announcement by Energy Minister, John-Peter Amewu, last Tuesday, that the Government of Ghana has paid its indebtedness to the ECG as at the end of December 2019.

A statement signed by the Managing Director of ECG, Kwame Agyeman-Budu indicated that a reconciliation exercise, which was undertaken by the ECG, with its suppliers, revealed that the GoG owed it an amount of GHS 2.63 billion as at the end of 2016.

According to the statement, the ECG further realised that between 2017 and 2019, the GoG averagely paid GHS2 billion directly to ECG’s suppliers, ie, VRA, IPPs and GRIDCo, to defray GoG’s indebtedness to the ECG.

“The total GoG account as at the end of 2019 has a credit balance of GHS505.8 million,” the statement said.

“It is also important to add that GoG has also paid an amount of GHS4.1 billion directly to various fuel suppliers and power producers and is yet to be credited to GoG’s account under the ongoing reconciliation exercise,” it added. 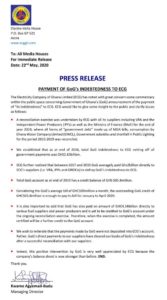