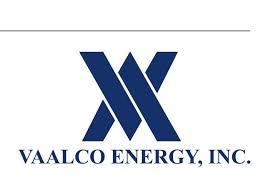 U.S-based oil and gas company, Vaalco Energy has received a continued listing warning from the New York Stock Exchange (NYSE), giving Vaalco until the end of the year to regain compliance.

According to Vaalco, the company was notified by the NYSE that the price of the company’s common stock had fallen below the NYSE’s continued listing standards.

The NYSE requires that the average closing price of a listed company’s common stock should not be less than $1 per share for a period of over 30 consecutive trading days.

As required by the NYSE, the company plans to notify the NYSE of its intent to cure the deficiency and restore its compliance with the NYSE continued listing standards.

The company said it was committed to working with the NYSE to regain compliance and maintain the listing of its common stock.

In addition, the NYSE listing of several offshore drilling contractors is also at risk, including Noble Corporation, Seadrill, Pacific Drilling, and Valaris.