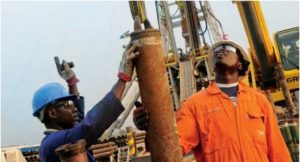 Members of the General Transport, Petroleum and Chemical Workers’ Union (GTPCWU) of the Ghana Trades Union Congress have called on the Akufo-Addo administration and their social partners in the oil and gas industry to care about Ghanaian workers in the sector.

They further asked the government to order their multinational employers to put a stop to what they describe as constant threats of lay-offs.

The call follows plans by Tullow Ghana Ltd to lay off 25% of their labour force.

In a statement signed and copied to energynewsafrica.com, GTPCWU said: “We’re by this statement, notifying the government to speak up for Ghanaian workers who are struggling in the oil and gas industry following threats by Tullow Oil Ghana and Kosmos Energy Ghana Limited. The key architects of the industry attempt to down size their staff rate, using their operations in Ghana to achieve their obnoxious target.”

It went on to say: “We have been observing developments over the past one month as these two companies continue to threaten laying off staff based on managerial weakness and not labour challenges.

“That is why we have maintained that all companies must create conditions for unionisation of workers so that nobody can be taken for granted. Again, nobody should attempt to prevent workers who constitute the active labour force in the country in the oil and gas industry, whether upstream or downstream from forming or joining a trade union as prescribed by the Labour Act 2003.”

The group also called on the Ghana National Petroleum Corporation (GNPC), regulator of the sector, to keenly monitor employers threatening to lay off their workforce and stem the tide to protect rights of these workers.

“We want all stakeholders to speak up in the face of these threats so that ethics of decent work agenda are fully observed by these multinational companies to ensure fair labour practice between workers and management.

“Instead of laying off workers receiving fat salaries at their head officers outside Ghana, they want to abuse the rights with the excuse of downsizing to sustain operations.”

Clink on the link below for the full statement.